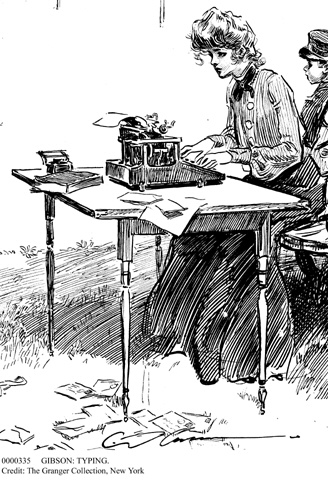 The concept of the bachelor girl (or girl bachelor, woman bachelor, in common vernacular of the day) was an extension of the New Woman, both of which equally frightened traditionalists and gender divisions at the turn-of-the-century. As seen in a previous post, the girl-bachelor was seen as “a ‘comfortable creature’ and a ‘clever nest-builder.'” Where the New Woman was usually of the upper middle-class, college-educated and in the workforce to assert their independence, the bachelor girl was strictly a middle- and lower-middle class phenomenon. They may have a college education (more likely training in a trade, such as typing or minor bookkeeping), but many were just your average shopgirl, telephone exchange operator, hat-check girl, and so on. The Bachelor Girl needed to work, but her precarious financial status did not preclude her from equal independence.

The first concern of the working bachelor girl was housing. Due to the stigmas placed on unmarried women, it was difficult for a single girl to find agreeable housing that was both amenable to her unmarried state and would protect her from unwanted advances. The issue was most acute in New York city, where women were barred from taking hotel rooms and most boarding houses were for “Gentlemen Only.” When a bachelor girl did find a suitable candidate, their morals, family background, religious practices, and romantic relationships were intensely scrutinized by the landlord. 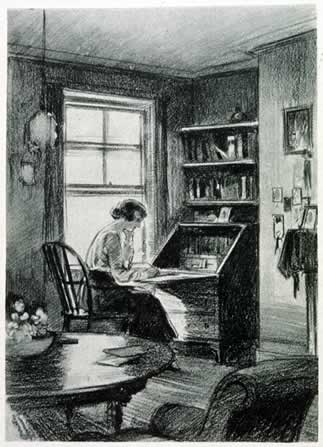 A 1903 article in The American Monthly Review of Reviews:

“One of the model tenements erected in New York several years ago was set aside for self-supporting women. Forty out of forty-five apartments in this building, of one, two, or three rooms each, with an average rental of ninety-three cents per room per week, are occupied by unattached women, most of whom are breadwinners with moderate salaries, including nurses, teachers, clerks, dressmakers, and literary workers.”

In 1906, there was one hotel which catered to bachelor girls, but the hurdles a girl had to jump through to obtain housing led most working women to band together with two or three others of their similar dilemma and rent a flat. These could be had rather cheaply, but small, and bachelor girls needed to be inventive to survive the sharing of a tiny flat with two other girls. Out of this necessity the chafing dish became extremely popular with single women and men. The chafing dish, a copper or steel brazier, could cook practically any dish with little fuss and in a simple manner. Dozens of cookbooks devoted sections to chafing-dish recipes, and even more cookbooks were created specifically for the chafing dish. In this contraption, eggs and bacon could be made for breakfast, grilled sandwiches for luncheon, and braised kidneys and rice for supper. Other options for eating were the numerous tea shops studding the city, or the Childs Restaurants, which catered to office workers in downtown Manhattan, and by the 1910s, Horn & Hardart’s automats began to appear in the northeast’s major cities. 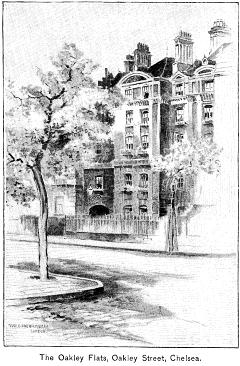 Housing, however, was of little issue in England, as the average bachelor girl remained at home or took lodgings in the apartment houses built for females, of which there were four large ones in London: Oakley Flats in Chelsea, the Chenies Street Chambers, the York Street Chambers, and Sloane Gardens House. These apartments were moderate and elegant, possessing gardens in abundance, and ranging from highly private, where there were no common rooms, to wide-open, with many common rooms and areas for meeting and the posting of London-based activities. The tenants of these apartments had full independence: a latch-key of their own, the ability to come and go when pleased, to invite male and female friends to tea, and host parties.

Bachelor girls on either side of the Atlantic were nonetheless plagued by the “Marriage Question.” Many critics of growing female independence worried that as club-life disinclined men to marry, apartment life disinclined women to marry, which would lead to a decline in the birth rate, and disintegrate family life and the social structure! The real fear over the bachelor girl was the state of her morals: a woman alone could engage in illicit relations with men and thus enjoy experiences formerly reserved for married women.

The bachelor girl also earned an education. Into the bookstalls came a number of titles to help single women find employment and housing, to learn how to deal with male co-workers and employers, how to feed, clothe and furnish herself and their living space, and more importantly, how to earn and budget their money–an important advancement at a time where women were expected to depend on their male relations or their husbands for money, and were frequently unable to open bank accounts; and when permitted, newspaper articles poked fun at the outliers as being the norm (such as women forgetting to sign their checks, or overdrawing their accounts, or apparently increasing forgery by sending their servants to withdraw and deposit money for them).

Though the issues of marriage, love, and gender roles do remain, the bachelor girl, and the New Woman with her, despite the forces against them, were a fount of resilience. Their lot may not have been glamorous or immediately rewarding, but their trials and tribulations, as well as their triumphs, paved the way for women of today.

Further Reading:
Bachelor Girl: The Secret History of Single Women in the 20th Century by Betsy Israel
The Business Girl’s Budget by Clara Ingram Judson
The Business Girl in Every Phase of Her Life by Ruth Ashmore
Training the Girl by William A. McKeever
The Bachelor Girl’s Guide to Everything: The Girl On Her Own by Agnes M. Miall

7 replies on “The Bachelor Girl”