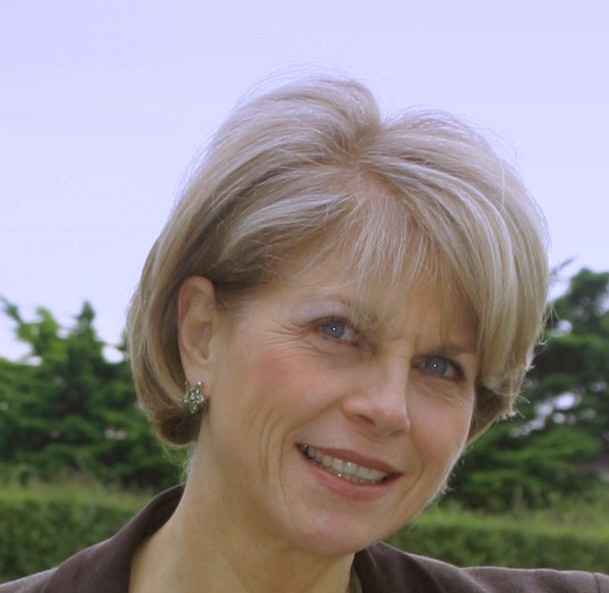 Jennie Jerome is mainly known to modern audiences as “Winston Churchill’s mother.” Did you approach “American Jennie” with the object of explaining how Jennie’s personality shaped Winston, or to push this now-forgotten dynamo from behind the long shadow of her son?

Both is the honest answer. I didn’t want to write about someone who was not interesting in her own right and I do think that the way she lived life right up to the boundaries (and beyond) for a woman of her time is extraordinarily interesting. I believe even today the lives of ordinary women are often much more compelling than those of celebrities – it’s the inner turmoil and the clashes with what is, or is not, possible rather than the getting your face in the paper that is fascinating.

That having been said, I am well aware that a publisher would not have given me a contract for a book about Jennie Bloggins, however dramatic her inner life, just because I thought she was intriguing. Once I started researching I did get swept up into how much her strong personality and attitudes and relentless action and networking had shaped Winston, how much they shared in their personality traits and how closely they worked together and were mutually infatuated with each other. At many levels.

Another thing: Since I grew up in a family of unashamed Churchillians (one of my earliest memories was being taken as a young child to the lying in state of WSC in London in 1965) it was of critical importance to discover that actually it was an American woman with no aristocratic pretensions who had been the formative influence behind this great man rather than the Marlboroughs of Blenheim.

Did you approach Jennie with any preconceptions and/or misconceptions?

I’m sure I must have but you know that’s a very hard question for a biographer because when you get so familiar with a subject you sometimes forget when you first learnt a certain fact and that actually you haven’t always known it. But no, I don’t think so other than the usual “she had 200 lovers” which I did think ridiculous. Tantalising but a crazy number so obviously planted by a jealous rival….

Jennie was an American who adapted to the British aristocracy. Did you have any issues, as a 21st century Briton, delving into the culture of 19th century America?

Ah “ issues” what a lovely 21st century word! I like to think Jennie had more issues adapting to British aristocrats (eg Blenheim and Randolph’s plain sisters and her sense of superiority, etc) than I have had as a trained historian–but also don’t forget Jennie really was NOT an American.

One of the questions Lady Soames asked me right at the beginning was “Did she speak with an American accent – could I find out?” I don’t believe she did although she used certain American words eg Beau and swell but then I realized–well, why would she have done because she was mostly educated in Paris not NYC. She saw herself as a European. All the culture she imbibed in her crucial adolescent years was French. 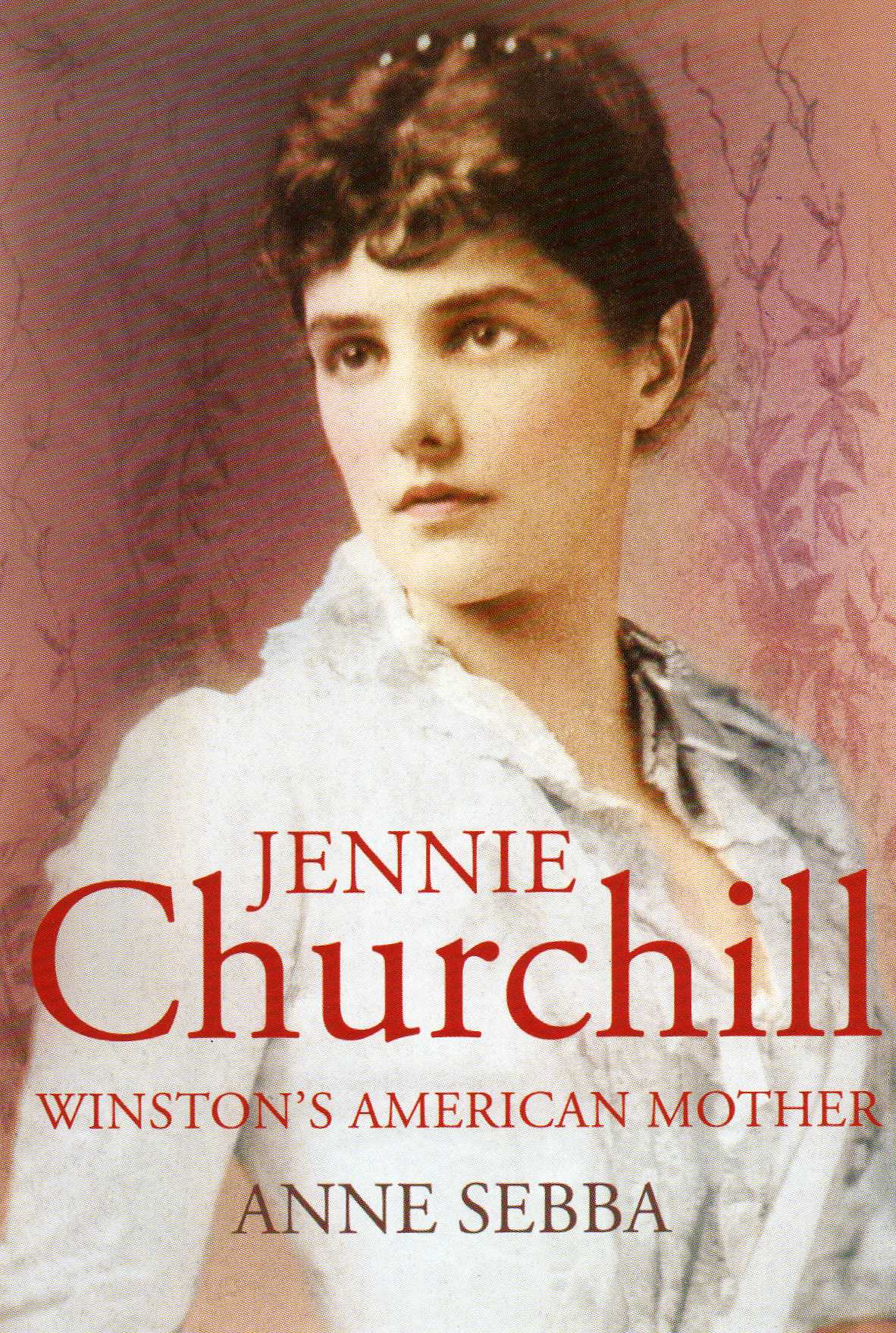 How would you define the relationship between Jennie and the men in her life (sons, husbands, father, lovers, friends)?

You have to take each one of these separately I’m afraid, even the two sons. Now that, you might think, lays me open to criticism from those who argue she was a bad mother because she treated her two sons differently – precisely the opposite, I cry. Anyone who has different children will know they need different parts of you in different ways at different times. I think it’s yet another reason why she should be praised if not as a “good “ mother when they were little, then as the right mother for those boys and as good as possible at the time and in the circumstances she faced. As they got older I do think she was a fantastic and exciting and supportive mother. In relationships with men Jennie was generally always exciting; she was fun, vibrant, daring and risqué. Never complaining and passionate about men and about everything she ever did. She was fun and witty and obviously physical. The sort of woman who comes in to a room and everyone senses the fire, the sparkle. Is that charisma? I think so.

Many people view Jennie through the eyes of the modern world (i.e. she neglected Winston, she was promiscuous,etc), but for her time, she was pretty remarkable. Do you agree? Do you feel she could have bucked societal roles for women even further? Was it in her nature to reflect on her individuality?

Her courage, her getting on with things, her nature was not to reflect on what might have been but to make the best of what was on offer and constantly to try new things (eg plays and magazines and decorating houses).

I get really angry on her behalf when people use the word “promiscuous” about Jennie. She was the loyal one in the marriage to Randolph. She loved him always I believe and he was the one who abandoned the marital bed, quite possibly if not probably because he had syphilis (see my book for evidence – it is certainly what the doctors of the time thought and they should know and they told her so ) but also because he had other fish to fry. So abandoned and betrayed, she sought the comfort of other men. And she was pretty discreet about it all too.

You ask about viewing Jennie through modern eyes. Well, that’s what a history degree is meant to teach you. You do have it dinned in to you from the first day never ever ever to apply today’s attitudes. So yes, I think she was pretty remarkable for her time; she was on the cusp of being an independent woman.

Out of all American brides who flooded British shores between 1874 and 1914, why did Jennie thrive where others (most notably Consuelo Vanderbilt) suffer?

The Primrose League was founded in the early 1880s with Jennie as one of its guiding (female) founders at a time when tangible feminine participation in politics was unknown. Do you feel her involvement in Randolph’s career, and later in Winston’s, had an impact on their political outlook?

No I don’t think she influenced Randolph but I do think her anti suffrage stance probably had some effect in her son’s views. Because she was able to have power and influence behind the scenes without having a vote. It’s her one blind spot. However, women have been influencing men in politics quietly behind the scenes for years. Mrs. Hester Thrale, the 18th century diarist and female friend of Dr Johnson, helped her husband in his political life. The interest in Jennie is because at this time women being active in politics in their own right was already a hot issue. Jennie did lots of boring behind the scenes work such as visiting schools and factories, and canvassing voters–all of which she has not been given credit for previously. I have read many newspaper articles about her traveling the country to do this and help Randolph when he was either too ill or couldn’t be bothered.

For a woman so influential and famous in her time, why hasn’t Jennie left a lasting impression on the public as an individual? I feel she is as much a pioneer as Dr Jex-Blake or the Pankhursts.

So do I, so why hasn’t she? I think there are a number of factors at play here: the idea that she was a mongrel or half caste and that Churchill owed his brash and extravagant side to her, whereas his brilliance and good connections were due to his Marlborough side. I don’t wish to downplay what his father gave him but think that most Churchill historians have been male and have given Jennie a bad press. I think Winston’s 1930 memoir, My Early Life, didn’t help because he called his mother distant and so she has been criticized for being a bad mother when clearly she was the mother Churchill needed. Winston was trying to show that even though he had a difficult childhood he had emerged unscathed. It was him using spin! Also other women were jealous of Jennie and her ability to attract younger men.

I think she could have bucked the trend as far as supporting votes for women was concerned.

Are there any other women in history who have caught your attention? Why did Jennie capture your imagination?

Oh yes masses of them. I have always written about strong women who know how to make the most of what is available: Enid Bagnold, Mother Teresa, Laura Ashley. Publishers however, won’t always allow you write about people who are extraordinary if they think the public doesn’t know who they are. I was lucky with Jennie because she interested me and as a Churchill she both interested and appealed to publishers. I want to write about several other women with extraordinary lives but they aren’t household names so I may never manage it.

Yes Jennie has been a most engaging companion for the last 6 years and I don’t feel ready to relinquish her. The relationship between biographer and subject is so strong that I sometimes have dreams in which I meet my subjects and beg their forgiveness for anything I may have misinterpreted. But with Jennie it’s different. I think she would be pleased with what I have done. Of all my subjects, I wish I could spend a day with her, chatting!

Purchase the UK edition | US edition

One reply on “Anne Sebba – author of “American Jennie””