From the end of Reconstruction until the Great War, Washington was the center of the black aristocracy. Nowhere else in the United States possessed such a concentration of “old families,” not merely from the District and nearby Maryland and Virginia, but from throughout the country, whose emphasis on family background, good breeding, occupation, respectability, and color bound them into an exclusive, elite group. Upper-class blacks from Philadelphia, Boston, New Orleans and other places gravitated to Washington D.C. in sizable numbers due to its educational and cultural opportunities, the availability of jobs on par with their education, and the presence of a black social group that shared their values, tastes and self-perceptions.

The “black 400” of Washington consisted of fewer than a hundred families out of a black population of 75,000 in 1900, and centered around the family of Blanche K. Bruce 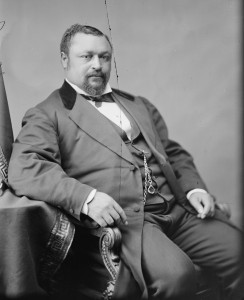 , an ex-slave and former Mississippi Senator who served in Congress from 1875 to 1881. Bruce who was also the first Black American to serve a full term in the U.S. Senate. Born in Virginia to a black woman and a white man, who may have been their master, Bruce was fortunate in that his master took an interest in Bruce, thereby he was permitting Bruce to share lessons with the master’s son. In later years, Bruce shared that his life as a slave in Virginia, and later in Mississippi and Missouri, was in fact no different from that of his white peers. In 1850, Bruce moved to Missouri after becoming a printer’s apprentice and from there he escaped to Kansas and declared his freedom. After the Union Army rejected his application to fight in the Civil War, Bruce taught school and attended Oberlin College in Ohio for two years and from there, he went to work as a steamboat porter on the Mississippi River. In 1864, he moved to Hannibal, Missouri, where he established a school for blacks.

During Reconstruction, Bruce became a wealthy landowner in the Mississippi Delta. He was appointed to the positions of Tallahatchie County registrar of voters and tax assessor before winning an election for sheriff in Bolivar County. He later was elected to other county positions, including tax collector and supervisor of education, while he also edited a local newspaper. He rose rapidly in Republican Party ranks and was elected to the U.S. Senate in 1874. Bruce’s arrival in Washington aroused much comment: he was relatively young, cultured and handsome. Even those who resented his presence in Congress could not find fault with his innate dignity, elegant manners and shrewd political judgment. When he married Josephine Beall Willson of Philadelphia in 1878, they set Washington society–both black and white–ablaze, most noticeably because Josephine Bruce was very light-skinned, wealthy, very highly educated and beautiful. During Bruce’s residence in the District, he and Josephine entertained lavishly, taking as full a part in official Washington society as possible. The Bruces, along with other prominent black Washingtonians such as Hiram Rhodes Revels, P.B.S. Pinchback, Josiah Settle, Robert Harlan, Norris Wright Cuney, etc, directly challenged notions about black Americans during that period. 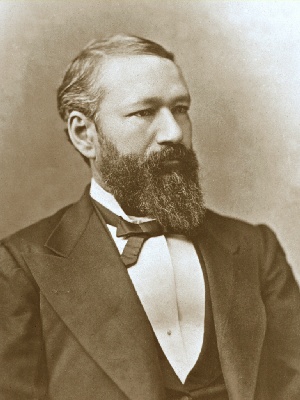 A few not only owned comfortable residences in the city, but also “country places” in Maryland and Virginia. Those who did not own such places escaped the summer heat by taking cottages either in the vicinity of Harper’s Ferry, or at well-known resorts such as those at Cape May and Saratoga, which had sizable “colored colonies.” In the late 1880s, Charles Douglass, son of famed abolitionist Frederick Douglass, purchased a tract of land on Chesapeake Bay about five miles from the Naval Academy at Arundel-on-the-Bay. There he developed a vacation site for Washington’s black elite, and christened the place “Highland Beach.”

Despite the hardening of racial practices and the erosion of civil rights for blacks in post-Reconstruction America, the black elite held steadfast hope that blacks would achieve equality. However, this black “400” was insulated against the hardships of Jim Crow, and many were accepted by white Washington society–several black families were listed in the 1888 issue of Elite List, a forerunner of the Social Register, a few attended white churches, and even after certain public places closed their door to blacks, they sometimes made exceptions in the case of “refined and genteel Negroes.” Because of their successes, the notion that Washington was “the colored man’s paradise” gained wide acceptance among blacks and whites anxious about the turning tide against integration and rehabilitation of the nation as Reconstruction began to die. Though the “colored aristocracy” was hampered with issues of color, refinement and social status, they did nonetheless see themselves as a “buffer” between whites and lower-class blacks; a buffer that would prove the equality and ability of black Americans in a post-Civil War society.

Aristocrats of Color: 1880-1920 by Willard B. Gatewood
The Senator and the Socialite: The True Story of America’s First Black Dynasty by Lawrence Otis Graham
Capitol Men: The Epic Story of Reconstruction Through the Lives of the First Black Congressmen by Philip Dray