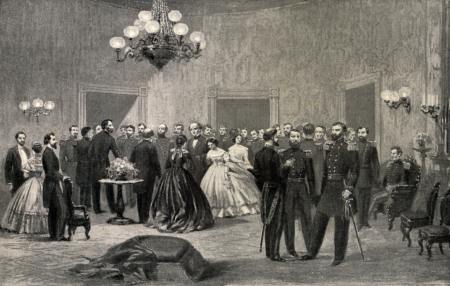 The issue of “society” created much embarrassment in the formative years of the Government. America had been founded as a democracy, yet to operate smoothly, there existed social and official rankings between Americans and foreign diplomats. Having no cabinet to whom he could turn for advice, President Washington submitted the subject to VP John Adams, John Jay, General Alexander Hamilton and Rep. James Madison, whose prominence and expertise in official and social life rendered them competent advisers. The gentlemen then formed a basic coded of manners to govern the official and social surroundings of the Executive office. To the simplistic ideas of Washington’s impromptu “Cabinet,” Thomas Jefferson, fresh from Paris, added an aristocratic touch to social life, however James Madison and John Adams reverted to the more democratic “American” mode of etiquette and ranking, which has characterized social life in Washington throughout the history of the district.

The social world of the Capital was divided into three classes:

2. The Quasi-Official Class, which embraces the Foreign Diplomatic and Consular Corps, Officers of Foreign Governments, and Officers of State or Municipal Governments in the US, in the city.

3. The Unofficial Class, which includes residents from other localities, sojourners or visitors to the city who are entitled by social status at home to recognition in good society, and permanent residents of independent means or engaged in professional or mercantile affairs.

The social and domestic routine of Washington is regulated and controlled entirely by official duties. The day was divided into two parts, socially speaking; all that portion before the dinner hour which is after the close of official hours, being regarded as morning [3-5 PM, no later than 6 PM], and that portion of time thereafter as evening [8-9 PM]. Hence, in afternoon receptions, it was generally customary to say good morning, although it was really afternoon (applied only in conversation. In notes and invitations, the usual divisions of time were used). Informal calls between friends and acquaintances, or those doing business, were generally held between 10 AM and 12 PM. 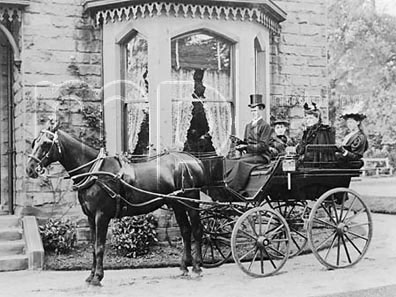 The strictest piece of etiquette it was fatal to fail was that of paying calls. The routine was rather different from that of society in other cities, and could put a newcomer into quite a tangle! For example, everyone in official life was required to call upon the President and his wife, but they never returned them unless the caller was a Sovereign, Ruler, or fellow President. A stranger of distinction visiting the Capital was required to make their first call upon a resident official of equal rank, while a newly appointed official, of whatever rank, made the first call of office to the branch of the service or department to which the official belonged. For the stranger arriving in Washington, a simple call–that is, leaving cards for people one wished to know, or tell you were in the city–was sufficient. Amusingly, unlike any other city in America–perhaps even the world–men called on one another more than women were required to!

The Official, or Fashionable Season at the Capital began with the general receptions at the Executive Mansion and by the Cabinet Ministers on New Year’s Day, and it terminated with the beginning of Lent. During Lent, as a rule, there were no important public dinners, though quiet dinners and less conspicuous social gatherings were indulged in by some. The Congressional Season, when entertainments and amusements peaked, began regularly on the first Monday in December, and usually ended with the session, or earlier, when the session protracted into the summer. From June to September, owing to the heat of summer, prominent members of the Government and residents generally left the city on their vacations.

The formal social demands led to the creation of Receptions. As a rule, these began and ended with the Season, and comprised of two classes, and certain days were set apart for the “At Homes” of the female relations of Washington’s officials. The first class was the Afternoon Receptions, or Drawing Rooms. These required no invitations and were held between three and five P.M., to which all persons of reputable character and becoming dress were admitted. Excluding the President’s Levee, Evening Receptions required an invitation, unless otherwise announced in the newspapers. As a rule, these w 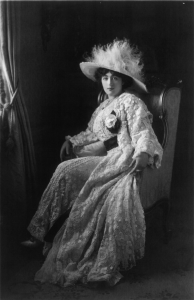 ere given by the Vice-President, Senators, the Speaker, Representatives and Members of the Cabinet who entertained, and sometimes were hosted by distinguished private citizens. An evening reception lasted three hours, from eight to eleven P.M., and the gentleman of the house was always present, and received with his wife (or designated hostess) and any other whom she invited to assist her.

Due to the transient nature of Washington D.C., it was a natural battleground for social climbers to receive the social recognition denied them by their hometowns. Rather akin to popping over to Europe to mingle with the aristocracy, nouveaux riche could meet the titled and well-born without leaving the States–and a few international matches were made in Washington D.C., the most well-known being that of Belle Wilson (of the “Marrying Wilsons”) and Sir Michael Herbert (“Mungo”), while famous residents who moved to the Capital after being snubbed in their cities included Mary Leiter of Chicago, who married George Curzon and became Vicereine of India, and Evalyn Walsh McLean (left) of Colorado, the last private owner of the unlucky Hope Diamond.