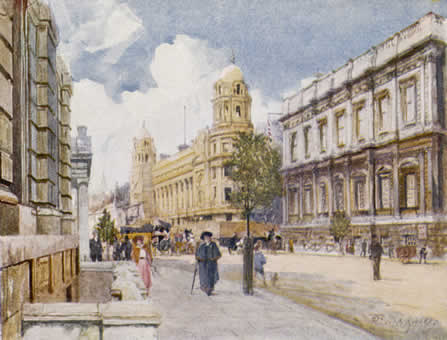 The roots of our modern-day intelligence agencies are to be found in the Victorian and Edwardian eras. Certainly espionage is one of the oldest professions (second to prostitution), and impressive spy networks were to be found in Elizabethan England under Francis Walsingham and in Commonwealth England under John Thurloe (if not Catherine de Medici’s fabled coven of female spies and the Napoleonic era’s Fouché and Schulmeister) but the spy game as we know it from popular series’s like James Bond, I Spy and Alias, is a direct descendant of the many, many secret service units formed between the middle of the 19th century and WWI.

In Britain alone, there were the WOID, the NID, the SB, the SSB and finally, in 1909, MI5 and MI6 (though they weren’t to receive those titles until 1915). On the other side of the Channel, France had their intelligence covered by the Deuxieme Bureau (DB), the Sûreté, and the cabinet noir, while the German Empire possessed the brutally efficient German Secret Service located in the Wilhemstrasse, and Russia’s Okhrana kept watch by their method of the agent provocateur. Other countries such as the Ottoman Empire and Austria-Hungary possessed their own methods of intelligence, but none played the game as deeply as Britain, Russia, France and Germany. And just as today, back then, Belgium, Switzerland and the principality of Monaco firmly retained their neutrality, allowing all sorts of intelligence activity to run amok throughout their countries.

It was the disastrous Crimean War that shook Britain–and most of Europe in fact–from the lethargy induced by forty or so years of semi-peace since Waterloo. Successively, Britain was made to  the hard way that the old tactics of cavalry formations and bayonet warfare was outmoded and dangerous. Lieutenant Colonel Thomas Best Jervis, a renowned geographer, petitioned the government to form a topographical department in 1854 writing candidly:

“The fact is palpable and notorious, that this great, intelligent, powerful commercial country….is entirely dependent for good maps on the Continent for German, French, and other maps. What else we have are, in truth, but school atlases. We have an admirable hydrographical office for nautical surveys and charts, and another for the Tithe Commissioners’ surveys; but for our colonial, commercial, or war purposes we have no resource but foreign information.” 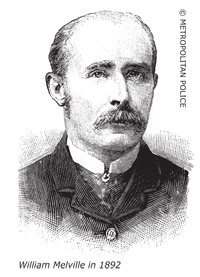 But still a modern intelligence organization struggled to find its legs in Britain. Until the 1909 formation of MI5 and MI6, the methods for obtaining information were split between the War Office Intelligence Department, the Naval Intelligence Department and the Special Branch–the WOID, NID and SB. The Special Branch, a department created within the Metropolitan Police was founded in 1882, (initially named Special Irish Branch) with William Melville as one its founding officers, to combat the growing menace of anarchists and Fenians. After retiring from the Branch after an eventful career of guarding the Shah of Persia and Queen Victoria, and foiling a plot to assassinate Kaiser Wilhelm in 1901, Melville set up shop as a private investigator. When Anglo-German relations cooled after 1903, he lobbied the government to create a counter-espionage service.

Though Melville successfully formed an informal Secret Service Bureau in 1903, effective counter-espionage tactics had yet to be formed or approved of by the Government. Being a spy was a dirty business, the sort no true gentleman would willingly undertake, and the sort of organization the very gentlemanly British Government was loathe to fund. Most intelligence officers came from the middle classes, being the sons of military men or were military men themselves. In effort to combat this stigma, in the mid-1900s, supporters of a strong intelligence agency impressed upon Viscount Haldane, Secretary of State for War, the need for a well-financed, co-ordinated system (as outlined by Colonel Edmonds):

(a) in Germany, based on a centre in Switzerland, Denmark and
Poland, to watch army and report concentrations and deployments
(b) in England, to mark down spies and agents in peace and to remain
in German lines and spy on troops if they land.

(a) may be carried out by paid agents gradually collected; (b) by police,
post-office officials, custom-house officers &c with a few paid agents.

Co-operation of the civil authorities is essential, and authority for this
must be obtained…

4…It is probably best to employ a first class detective under direction of
an officer to collect and work agents abroad.

An imperialist, Haldane was motivated by fear of invasion and the number of British attaches proving amenable to bribery. This anxiety caused him to form a committee to look into the situation. At the end of its deliberations, the Haldane Committee concluded that Britain needed a new, single Secret Service Bureau (SSB) the functions of which were:

(a.) To serve as a screen between the Admiralty and War Office and foreign spies who may have information that they wish to sell the Government.

(b.) To keep in touch with the Home Office, who would nominate an officer for the purpose, with the county and borough police, and, if necessary, to send agents to various parts of Great Britain with a view to ascertaining the nature and scope of espionage that is being carried on by foreign agents.

(c.) To serve as an intermediary between the Admiralty and the War Office on the one hand, and the agents we employ in foreign countries on the other.

MI5 and MI6(SIS), were a joint initiative of the Admiralty and the War Office to control secret intelligence operations in the UK and overseas, particularly concentrating on the activities of the Imperial German government. The Bureau was split into naval and army sections which, over time, specialized in foreign espionage and internal counter-espionage activities respectively. The first director of MI6 was Captain Sir George Mansfield Smith-Cumming, whose typically signed correspondence with his initial “C” in green ink, no doubt inspired authors such as Fleming and W. Somerset Maugham to refer to their head of sections by an initial. Vernon Kell, a former head of the German Section of the War Office, became director of MI5. 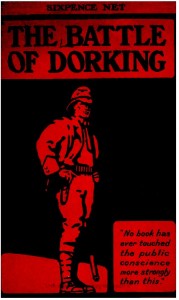 With the rise of invasion literature, supplied frequently by pulp writer William Le Queux, British eyes began to turn nervously towards the menace of Germany, who, by the 1900s, had begun to surpass England agriculturally and socially, and possessed a military that was brisk, efficient and deadly. Le Queux’s novels spurred fears that had steadily grown as Kaiser Wilhelm led the sword-rattling infiltration of the imperialist desires Britain had long reigned over. Seeking their “place in the sun”, Germany began not only to meddle in diplomatic affairs and acquire colonies and allies in the Middle East, but had the gall to challenge Britain’s rule over the seas by building up its own navy. Due to the invasion literature, English residents gave the German Secret Service much more credit than it actually had, and this enabled their intelligence service to take advantage of the fears of the English by seeming all-knowing.

On the other side of the Channel, the Deuxieme Bureau (DB) developed a reputation as Europe’s top cryptanalytic service. In collaboration with the cabinet noir, the postal censorship organization, they kept abreast of diplomatic developments by targeting important people like W.E. Gladstone and Leopold II of Belgium during their frequent and lengthy visits to the Riviera. Mirroring England’s Special Branch, France had the Sûreté, who entered into a fierce rivalry for intelligence supremacy with the DB.

Truly all-knowing was the Okhrana, the Tsar of Russia’s secret police. Primarily concerned with the protection of the Imperial family and the state from revolutionaries, nihilists and anarchists, it operated offices throughout the Russian Empire as well as a number of foreign satellite agencies charged with monitoring the activities of revolutionaries living abroad, most notably in Paris. Notoriously known for its method of using “agent provocateurs“–a person planted within a group to stir things up–within revolutionary groups, the Okhrana thrived on the “double-cross” system. The Okhrana however, met with frustration in England since prior to 1907, England and Russia were locked within the “Great Game” over Russian encroachment in Central Asia and into India. England further aggravated this rivalry by offering asylum to exiled and escaped Russian revolutionaries, who clustered in the squalid East End where they set up printing presses and laid their plans for assassinations. 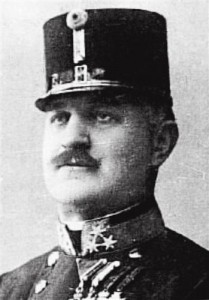 Austria-Hungary’s department of espionage and counter-intelligence (the Kundschafts Stelle, or information service) was run efficiently by Colonel Alfred Redl between 1903 and 1913. He caught some of the smartest spies on the Continent and managed to obtain many of the best-guarded secrets of neighboring powers–it was said he could not fail. Yet during that decade, Redl was in the pay of the Russians. A homosexual who, according to General Milstein, “loved money”, the Russians used his sexuality and proclivity for the finer things in life to blackmail him into sharing Austrian secrets. In those ten years, he was thought to have sold one of Austria’s principal attack plans, along with its order of battle, its mobilization plans, and detailed plans of Austrian fortifications.

He is known beyond question to have sent Austrian agents into Russia and then to have sold them out to St. Petersburg. He also had Austrian agents within the Russian Imperial Staff, but sold them out too, to be hanged or to commit suicide. He is also believed to have betrayed various Russian officers who contacted Austro-Hungarian intelligence. In the end, it was money that trapped Redl. His successor to the position as head of the K.S., Maximilian Ronge, had charge of the censors and his attention caught a mysteriously addressed envelope full of money. Certain this would lead him to something of importance to the empire, he sent the envelope on its way and staked out the address. To his shock, the man who picked up the money was none other than Colonel Redl! Ronge and three other officers cornered Redl in his hotel room. A Browning pistol was laid on Redl’s table, and the four officers waited in the street below. Redl blew his brains out. He left behind a suicide note: ”Passion and levity have destroyed me. I pay with my life for my sins. Pray for me.”

Redl’s exposure was kindle to the fire of WWI. Russia, Germany and Austria-Hungary always had an uneasy relationship, each county desiring an alliance, yet possessing goals and desires at cross-purposes. After Redl’s treachery, Austria-Hungary was left vulnerable to the Russians, knowing not whether they would expose them to the displeasure of other powers, and vulnerable to the agitated Balkan nations.

In hindsight, while we reap the benefits of secret service and intelligence agencies, their development, ostensibly to protect the national interests of each country, served only to increase the mutual suspicion and wariness of the pre-war years. As one power assembled protective measures, such as the building of dreadnoughts or the acquirement of advanced weapons, the others did so as well. With so many guns pointing at imagined enemies, the guns which thundered in August 1914 were inevitable.

6 thoughts on “Secret History of the Secret Service”