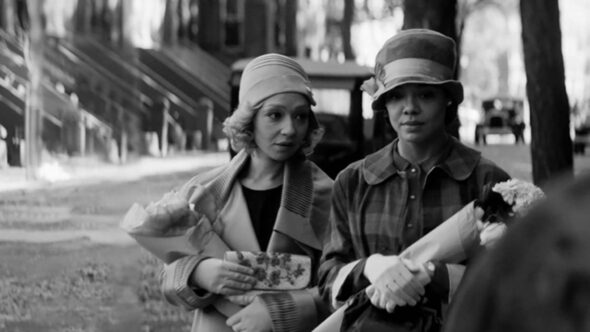 It seems fitting that the lead up to the 100th year celebrations of the Harlem Renaissance (more accurately known as the Negro Renaissance–more on that soon on EP) begins with an adaptation of the one of defining novels of the period: Nella Larsen’s Passing. Published by Knopf in 1929, Larsen’s second and final novel follows the interactions of two childhood friends, Irene Redfield and Clare Kendry, whose unexpected meeting at restaurant where both were passing for white, sets off a psychologically rich novel of obsession, identity, sexuality, and race. Actress Rebecca Hall wrote and directed the adaptation, and Tessa Thompson and Ruth Negga star as Irene and Clare, respectively. It recently screened at Sundance and Netflix snapped it up, so we should hopefully be seeing this film soon!