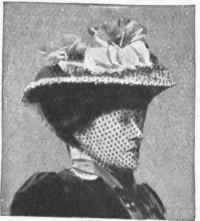 Society in the 1900s was a far more complicated affair than at any other time in history. Neither good birth nor a title were no longer indicative of being accepted in society, just as wealth did not mean one could buy their way into good graces. Combine this with the numerous cliques divided by politics, sports, personal interests and even where one resided, and you have the baffling, tumultuous mass called “society”. Even the raffish cluster of the King’s friends known as the “Marlborough House Set” could find doors shut to them if they failed to meet a certain criteria for that particular circle.

However, England was and had always been, a land ruled by politics and the political hostesses held sway over the general populace of society. At the top were the Duchesses of Devonshire and Sutherland, and the Marchioness of Londonderry. The most powerful, Louisa Devonshire, was known as the “Double Duchess” for the coup of marrying first the Duke of Manchester and then, after a clandestine relationship of over thirty years, the Duke of Devonshire (himself known to friends as “Harty-Tarty”). Her position so assailable, being the daughter of a German count and having known the King for over fifty years, it was said she offered in greeting three fingers for her inner circle, two fingers for influential guests, and one finger for the rabble. 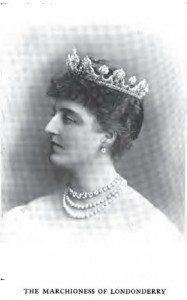 A prominent Conservative Party hostess, political careers were regularly made and broken in Devonshire House along Piccadilly. Millicent Sutherland had the distinction of being the half-sister of the Countess of Warwick, erstwhile mistress of the King, and many memoirs describe her, standing in her diamond tiara at the top of the staircase in Stafford House to receive guests. The Duke’s politics made her one of the leading Liberal hostesses. The Marchioness of Londonderry was a Conservative from Ireland whose hatred of Lloyd George disrupted the alliance of the Liberals and Conservatives early in Edward’s reign. Other political hostesses included the Duchess of Buccleuch of Montague House, and Lady Tweedmouth, who also ruled over the Liberals.

In conjunction with those powerful ladies we have The Souls. This uber-intellectual group had been christened in the ’80s by Lord Charles Beresford during a dinner in which he declared, “You all sit talking about each other’s souls, I shall call you ‘The Souls’.” The name stuck, marking such illustrious members as Lord Curzon, Margot Asquith, and Arthur Balfour a force to be reckoned with in society. A tightly-knit group, each member played a significant part in the British Government: Balfour as Prime Minister from 1902-1905, Margot’s husband H.H. Asquith from 1908-1916, and Lord Curzon reaching the highest position in the land as Viceroy of India from 1899-1905. Though each member indulged in light love affairs, a surprising member was Harry Cust, a playboy with such a roving eye, many children with his bright blue eyes turned up in society in the passing years (Lady Diana Cooper, nee Manners, the leader of The Coterie–The Souls’ 2nd generation–one of them). 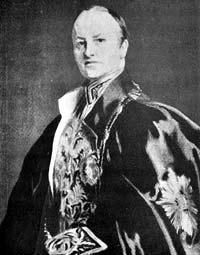 Such was their influence, their opinion of the King–not intellectually inclined–was an open secret. Quite clannish after twenty years together, they were wary of outsiders and those not considered up to par, and as a result, Lord Curzon, in his bid for Premiership, willingly dropped his torrid affair with novelist Elinor Glyn when their disapproval of her was made known. But political entree still did not make one part of society. As the Conservatives and the House of Lords lost power gradually over the next fifteen years, outspoken Liberals and Labour Party members who clawed their way up from the lower and middle classes (Lloyd George and Keir Hardie amongst others) were decidedly frowned upon–and rightly so these “upstarts” thought, for they were the new breed of politicians for the 20th century, the sort who placed emphasis on the people rather than the ruling class.

3 thoughts on “Power and Politics of the Edwardian Age”