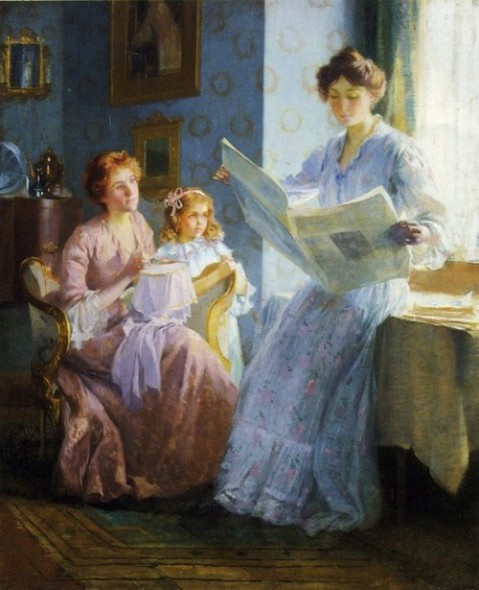 Outside of a financial panic or murder, the only thing that struck fear into the hearts and minds of Gilded Age society was Town Topics. This elegant weekly, which recorded the exploits of society, published promising literature, sporting news, and even offered financial advice, was published by Colonel William d’Alton Mann, a Civil War veteran and businessman, who developed a railroad sleeping car before selling it to Nagelmackers (of Orient Express fame) in 1883. Between this time and his acquisition of Town Topics, Mann had made and lost a fortune warring with George Pullman, but through his various failures he quickly realized the fortune to be made in society gossip.

Town Topics began its life as The American Queen, and under editor Louise Keller (founder of the Social Register), it was a genteel periodical dedicated to “art, music, literature, and society.” The failing magazine was purchased by E. D. Mann, the Colonel’s brother, who renamed it Town Topics and began to change the tone from one of polite obsequiousness to fit the new era of celebrity culture ushered in by social climbing swells like the Vanderbilts. E.D. Mann handed control of Town Topics to the restless Colonel Mann, who pushed the magazine into infamy. 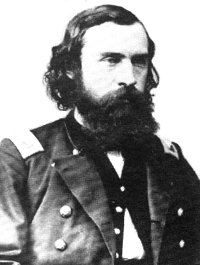 The Colonel, whom acquaintances described as “a kindly looking gentleman,” soon gathered a network of paid spies drawn from servants, telegraph operators, hotel employees, seamstresses, grocers, and vengeful socialites to supply the magazine with gossip. He created a column for these juicy scandals entitled “Saunterings,” where he planted them between seemingly innocuous descriptions of the latest social events in New York, Philadelphia, and Boston. Anonymous gossip was nothing new to society journalism, but Colonel Mann turned the tables with “Saunterings” by scattering clues about the subject of his “blind items” throughout the harmless society news. And sometimes, he was bold enough to state the persons involved in the scandal outright.

An example after the jump:

Society News
At the Patriarchs’ Ball it was noticed that Ward McAllister devoted himself almost entirely to Lady Sykes, and I hear that he made himself familiar, through his repeated questioning of Lady Sykes, with the proper way of addressing Royalties and English swells in general…

Blind Item
High society has been treated to a sorry spectacle of inebriety during the last two weeks at balls and dinners, and I am glad to say that this shocking example, though unfortunately a woman, is not an American, but a specimen of British aristocracy. Society, far from endeavoring to shield her failings, has been openly discussing her behavior at the dinner party given in the house of one of the newly rich swells of New York, and has freely commented on her calling for a “B&S” (Brandy and Soda) during the progress of the cotillion at one of the most recent balls. If Great Britain is to send us such specimens of her boasted aristocracy, I would advise society to entertain in camera and with a bread and water diet. Clue.

The rise of Town Topics created chaos with American High Society. Socialites and plutocrats knew not which way to turn, suspecting their housemaids, butlers, and dressmakers of supplying the gossip, or even their social enemies. The threat of in-home spies made society so paranoid, many began making up gossip to test the trustworthiness of their servants and circles. Yet, Town Topics was the most widely-read magazine in society–though no one would ever admit to owning a subscription. Colonel Mann quickly upped his bribery to outright blackmail, offering those guilty of indiscretions the opportunity pay for the suppression of certain facts. If a story was particularly damaging, Mann would print up a copy Town Topics and send it to the offender to allow them to correct any errors. On the days before Town Topics went to press, worried members of society arranged meetings with Mann at his favorite place–Delmonico’s–, or in his office, where they could negotiate for discretion. The amounts Mann managed to extort from America’s wealthiest men was staggering ($10,000 was about $230,000 in 2008 dollars):

Ironically, Colonel Mann’s downfall came not from his extortion racket but from his 1904 attack in “Saunterings” on the willfully scandalous Alice Roosevelt.

From wearing costly lingerie to indulging in fancy dances for the edification of men was only a step. And then came—second step—indulging freely in stimulants. Flying all around Newport without a chaperon was another thing that greatly concerned Mother Grundy. There may have been no reason for the old lady making such a fuss about it, but if the young woman knew some of the tales that are told at the clubs at Newport she would be more careful in the future about what she does and how she does it. They are given to saying almost anything at the Reading Room, but I was really surprised to hear her name mentioned openly there in connection with that of a certain multi-millionaire of the colony and with certain doings that gentle people are not supposed to discuss. They also said that she should not have listened to the risqué jokes told her by the son of one of her Newport hostesses.

Norman Hapgood, editor in chief of Collier’s Weekly, a popular magazine whose founders were viciously attacked by Mann, used this opportunity to openly attack Town Topics and its creator. Mann fought back in his own editorials, but Hapgood threw down the gauntlet and charged Mann with blackmail. Matters escalated–as Hapgood wanted–until Mann sued Collier’s and Hapgood for libel. The trial, which opened January 16, 1906, laid the inner workings of Town Topics bare, and it took the jury minutes to find Hapgood innocent of libel. The DA’s subsequent charges of Mann for perjury started another circus, and though the Colonel cleared of the charges Town Topics never again held society in abject fear and terror. The magazine limped on until shortly after Colonel Mann’s death in 1920, but he had changed the way newspapers and magazines reported gossip for good.

Further Reading:
The Man Who Robbed the Robber Barons: The Story of Colonel William d’Alton Mann by Andy Logan
A Short History of Rudeness: Manners, Morals, and Misbehavior in Modern America by Mark Caldwell
A Season of Splendor: The Court of Mrs. Astor in Gilded Age New York by Greg King