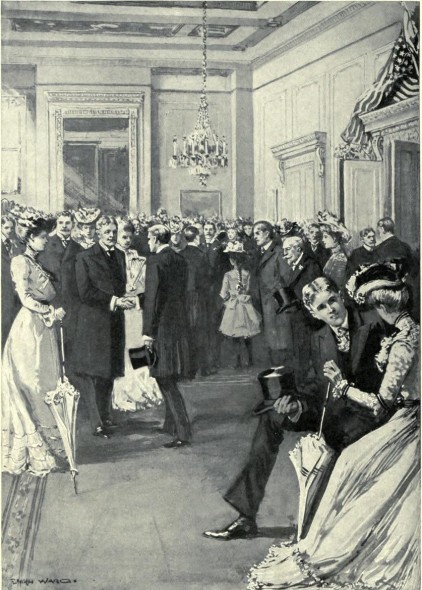 “So many Americans attended Ambassador Reid’s Fourth of July reception this afternoon that traffic in several squares about Dorchester House was blocked for two hours. Mr. Reid and the ladies of the embassy received the guests. Although admittance was by invitation and only Americans with a few exceptions, were asked to call the crush was as great as at a White House reception.

A long buffet tent was erected on the north terrace, access to which was obtained by the removal of some windows and the erection of temporary staircases carpeted with crimson cloth. Nearly 4,000 invitations were issued.” ~ New York Times