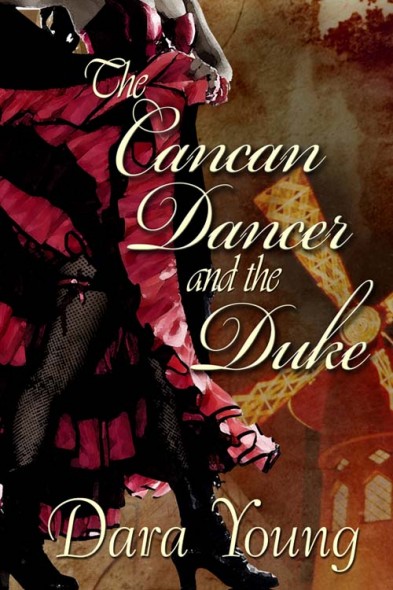 Origins of the Cancan

Well, this was probably an obvious post. LOL! But yes, as a former dancer I eventually was going to have to talk about dancing. The cancan is a very high energy dance. Seriously, if you think you are in good cardio shape take a run at it and you will quickly learn otherwise. I certainly did!

The dance consists of much skirt waving, high kicks, and screaming. Lots of screaming. You can see the current troupe of dancers from the Moulin Rouge doing a version on TV here.

“…traditionally performed by a chorus line of female dancers who wear costumes with long skirts, petticoats, and black stockings.”

The cancan derived from a dance called the Galop, often done as the last part of the Quadrille, was popular in the Paris common dance halls. The cancan was considered vulgar because of the lack of control and (oh my!) it left the women out of breath. The dance evolved from a casual haphazard movement to a ritualized dance that was choreographed to a specific score of music.

The dance halls were places that held events more like a public dance than a review with a stage. It was in the early 1900’s that the hall turned into more of a theater style performance. You may notice I set more of a stage like scene in the book in order to create the interaction between the hero and heroine.

The cancan, as performed to Jacques Offenbach’s score was eventually choreographed and performed all over France. It is described as

“A boisterous rhythm, balance, flexibility, on the verge of acrobacy…”

One pervasive myth, is that the dance was performed with no underwear. This can be attributed to the fact that in the early 1800’s when the dance was still appearing in the dance halls, women only wore two tubes of material as undergarments. After the 1850’s with the advent of crinolines and hoop skirts, drawers became a standard undergarment and were worn by the dancers of The Moulin rouge.

Another true story is one that describes the dancers as staging a bet with male patrons. They would bet that they could knock their hats off without using their hands and then proceed to knock it off with a quick high kick. Needless to say this also served as a pointed display to discourage the men from touching the girls. 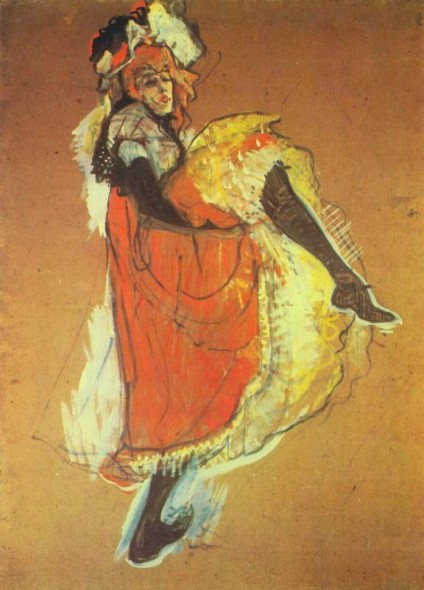 In the end the dance fell out of favor until it was revived in the late 1960’s. Since then it has continued to be performed as part of a review style show at the Moulin Rouge and many, many other shows.

So, have you ever seen the cancan performed? Ever danced it yourself?

Thanks for stopping by to celebrate with me and remember to comment on each post during the blog tour for more chances to win! (Not sure what I’m talking about? Click here.)

The Cancan Dancer and The Duke

Can a lady on the lam and a duke on the make find love at the Moulin Rouge?

Cathedrals and museums are not Lady Charise Colton’s idea of European adventure. Turn-of-the-century Paris beckons, and she wants to grab it while she can…or rather, cancan. Flirting with fate and half of Paris, Charise eludes her chaperones and joins the cancan revue at the Moulin Rouge.

Ethan Greer, Duke of Lofton, is in Paris to settle some estate business. Chafing under his responsibilities, he discovers an enchanting distraction at the Moulin Rouge, a flirtatious dancer who stirs his lust and something more. He must have her—even if it means offering carte blanche.

Terrified of discovery, Charise tries to hold her persistent suitor at bay, though her heart has already surrendered. Will she lose him if he learns the truth, or is love enough to bind the cancan dancer and the duke?

The singular sound was a soft whisper at first. The audience strained forward to catch even a note of the eerie melody carried on the fetid air of the cafe. As the song picked up, her voice grew stronger, the words more clear. Ethan relaxed into his seat and let the warm rich alto caress him. His body grew warm with the promises carried by the witch’s husky tones.

He remained unaware of anything in the room except the siren walking toward him. Each steady, unhurried step she took further drew him in. His gaze feasted on the curve of her hip, the swell of her breast. Ethan rode the knife’s edge between lust and propriety.

The song described, in lurid detail, two lovers in the throes of passion. Upon reaching him, the dancer propped the toe of her boot onto the edge of his seat—square between his thighs. The luscious creature presented impossibly sheer bloomers which hid everything and yet nothing, causing him to let out the breath he, until now, unknowingly held. His cock grew rigid, the uncomfortable throbbing causing him to shift. The desire to haul her into his arms and demonstrate every action she described with the most sensuous mouth he’d ever seen rode him hard. Her full lower lip begged for his kiss. Ethan wanted to see it slick and glowing pink from his attentions.

The wanton dancer continued to taunt him, but his good breeding won out. Forcing himself to stay seated, his fists balled and his jaw grew rigid with frustration, but his raging lusts remained leashed. The song ended, sending her into the nether regions of the cafe in a swirl of skirts.

Purchase from The Wild Rose Press

Add it to your shelf at: GoodReads

I am giving away three copies of The Cancan Dancer and the Duke. Leave a comment below with a link to your favorite cancan dance video on YouTube!

8 replies on “GUEST BLOG: Dara Young on her new release, The Cancan Dancer and the Duke”