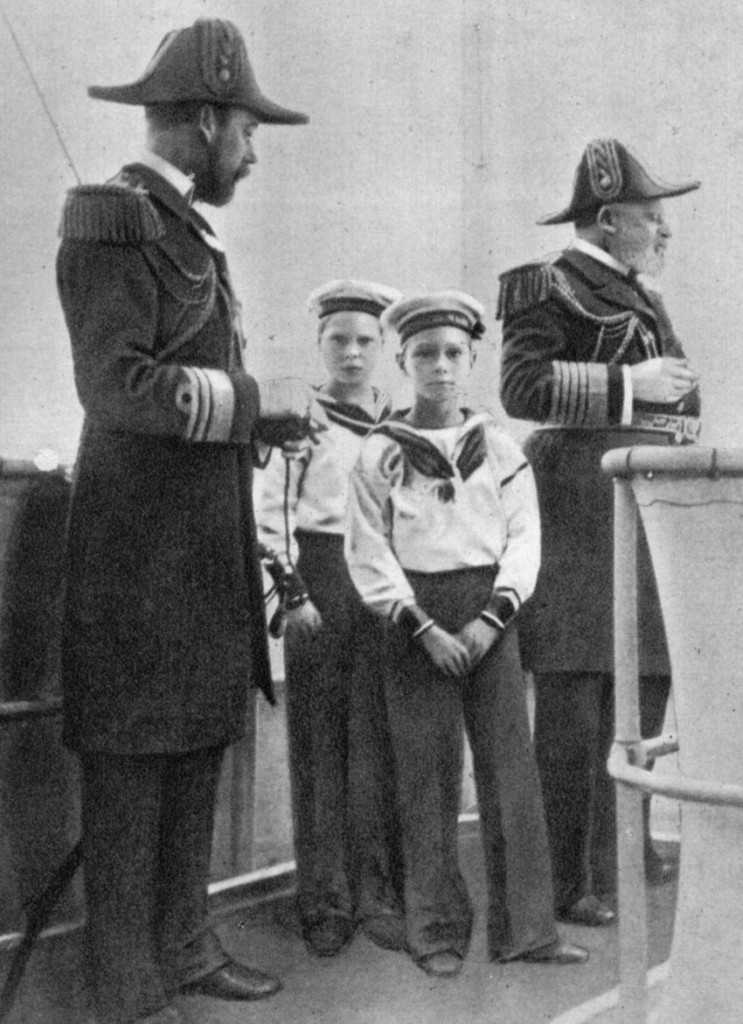 Though his reign is firmly of the mid-twentieth century, George VI was an Edwardian. The second son of the Duke and Duchess of York (later George V and Queen Mary), he had the misfortune of being born in 1895 on the very day the Prince Consort died thirty-four years beforehand. His great-grandmother, Queen Victoria was incredibly distressed by the news, and the family huddled together before finding the proper solution: name the new royal baby “Albert” (he was formally baptized Albert Frederick Arthur George). For some reason, this mollified the Queen, though the name was not very special by that time, what with many members of the royal family–both male and female–having some variant of her beloved’s name in their own, and with the number of aristocratic babies named after their godfather (the Prince of Wales, later Edward VII–another Bertie), England was practically awash in Alberts!

But this was yet another “poor Bertie,” since he suffered from ill health, a stammer, and knock knees, was easily frightened, and apt to cry on the spot. This was understandable, since his father was rather cold and brusque with his children, and his mother could only do so much to give them the necessary attention without raising his ire. At fourteen, Bertie followed in his father’s footsteps, now the Prince of Wales (George V), with enrollment in the Royal Naval College, Osborne, as a cadet. He didn’t shine there either, but was nonetheless propelled to the Royal Naval College, Dartmouth. By the outbreak of WWI, he was 19 and commissioned as a midshipman, but he did his duty and made his country proud during the Battle of Jutland (1916), where he was mentioned in dispatches for his action as a turret officer aboard HMS Collingwood. His ill health got the best of him again, and he didn’t see action again. Fortunately, he was given important duties with the newly-formed Royal Air Force (RAF), and he was appointed Officer Commanding Number 4 Squadron of the Boys’ Wing at Cranwell. 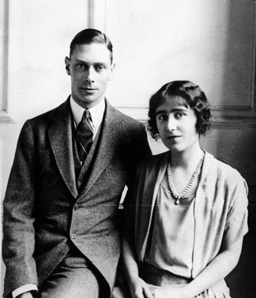 After the end of the war, Bertie, made His Royal Highness The Duke of York in 1920, took on royal duties, representing his father on tours of the country. His particular focus on coal mining, railways, and earned him the nickname “Industrial Prince”, but despite the shyness born from his stammer, he possessed a genuine interest in working conditions and the poor, and he became President of the Industrial Welfare Society and founded a series of annual summer camps between 1921 and 1939, which brought together boys from different social backgrounds. Around this time he met Lady Elizabeth Bowes-Lyon who, despite being a descendant from Robert the Bruce and Henry VII, was considered a commoner! Fearing the burdens of royalty, Lady Elizabeth rejected his proposal twice, but after a long courtship, she finally consented to become his wife. Their wedding in 1923 was the event of the year, and the new Duchess of York inadvertently began a tradition when, she spontaneously laid her bouquet at the Tomb of the Unknown Warrior on her way into Westminster Abbey.

The rest of the story is, as they say, history–or better yet, gloriously captured in the Academy Award winning drama, The King’s Speech. 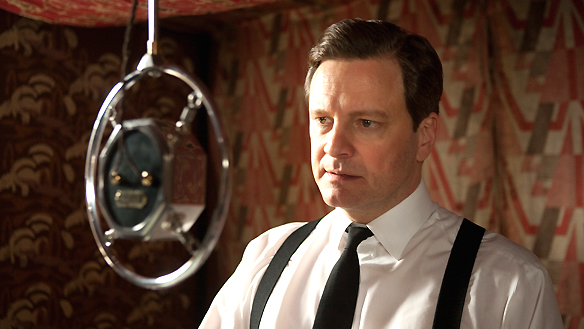 5 replies on “On the Matter of The King’s Speech”