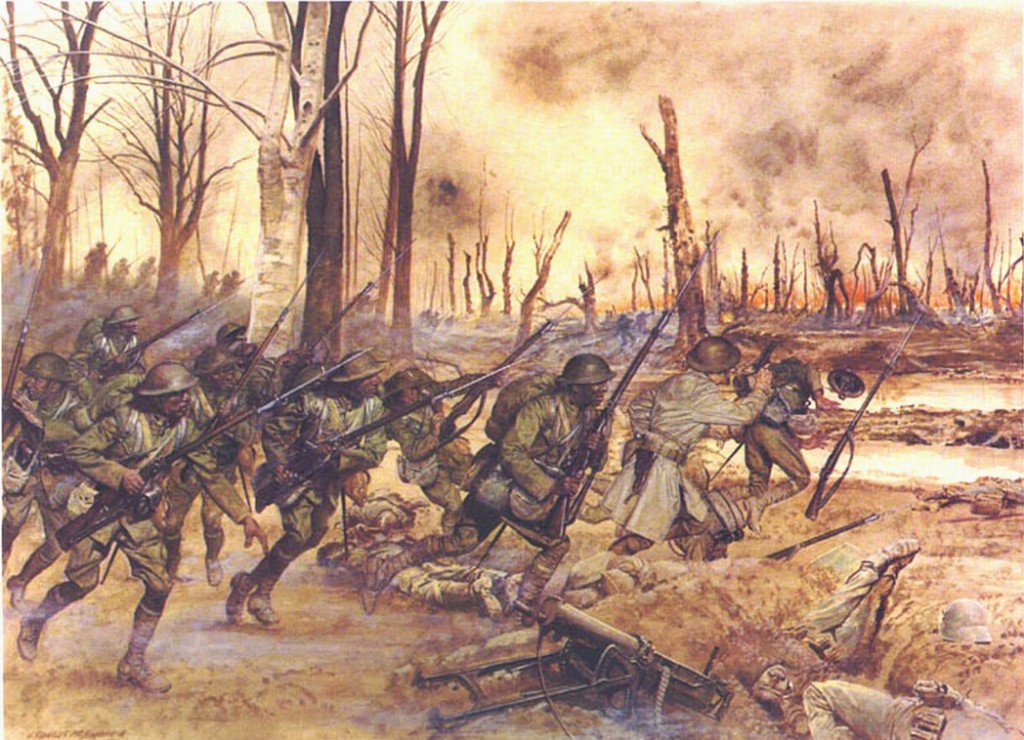 When the United States entered the Great War 1917, it was viewed with relief by the war-weary Allied armies. After the passage of the Selective Service Act, America’s relatively small army was bolstered by a draft of 2.8 million men, and by the summer of 1918, was sending 10,000 fresh soldiers to France every day. A hefty percentage of those draftees were black men who were assigned to segregated units commanded by white officers, and rarely saw combat, instead working as stevedores or in other menial positions. Also largely barred from duties were African-American nurses, who enrolled in the American Red Cross during the early days of the war, hoping to gain entry into the Army or Navy Nurse Corps. After much pressure, 18 nurses were offered Army Nurse Corps assignments in 1918, and four black women “were among the 3,480 ‘Y’ women volunteers who provided recreation for the American Expeditionary Force by staffing canteens, nursing, sewing, baking, and providing amusement and educational activities for the soldiers.”

These segregated units got their chance to shine when the French requested and received control of several regiments of black combat troops. Around this time, the front-lines of the French army were exhausted and angry, almost to the point of mutiny, so these fresh (and unwanted) forces were a Godsend. The most notable regiment was the 369th Infantry Regiment, also known as the “Harlem Hellfighters” among other names, who were organized in 1916 as the 15th New York National Guard Infantry Regiment and manned by black enlisted soldiers with both black and white officers. African-American regiments were usually accompanied by bands, but the Harlem Hellfighters’s band was led by a titan: Lt. James Reese Europe. Europe was one the earliest creators of jazz and he made his mark earlier in the decade with his Clef Club Orchestra, who performed at Carnegie Hall, and as band leader and collaborator for Vernon and Irene Castle. These African-American soldiers brought over not only their valor, but their red-hot music, which the French took to with alacrity.

Now under French command, the Hellfighters did much to prove just how wrong the United States was when segregating troops and refusing to use their black regiments. By the end of the war, 171 members were awarded the Legion of Merit, many were awarded Distinguished Service Crosses, and Sgt. Henry Lincoln Johnson, a railroad porter who, alongside Pvt. Needham Roberts fought off a 24-man German patrol with only a rifle used as a club and a bolo knife between them, was awarded the French Croix de Guerre. No one could ignore these achievements, and when the 369th returned to the United States, it was the first unit to march up Fifth Avenue from the Washington Square Park Arch to their Armory in Harlem, and their unit was placed on the permanent list with other veteran units.

Despite their unwanted or diminished roles in the Great War, African-Americans in combat, in nursing, and in civilian roles served their country in any capacity they could, and proved themselves equal to their white countrymen and women.

Further Reading:
The Unknown Soldiers; Black American Troops in World War I by Arthur E. Barbeau and Florette Henri
From Harlem to the Rhine by Arthur W. Little
The Hellfighters of Harlem: African-American Soldiers Who Fought for the Right to Fight for Their Country by Bill Harris
Scott’s Official History of the American Negro in the World War by Emmett J. Scott

7 replies on “African-Americans in the Great War”