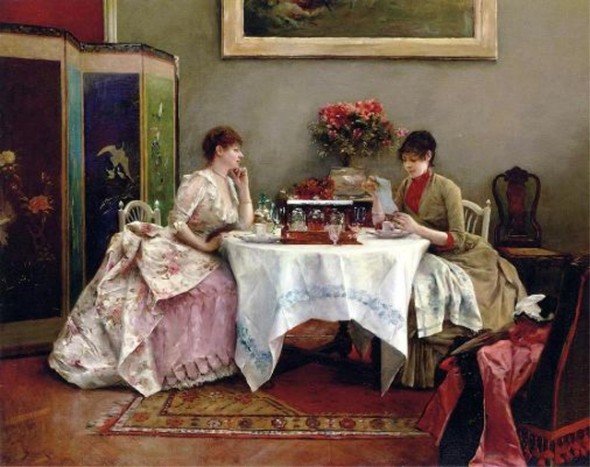 GENEVA. July 17.–A young couple at Davos were to have been married shortly, but the girl jilted her lover because he had shaved off his little beard. Though he pleaded for several weeks she refused to see him or to reply to his letters. The jilted lover took revenge. During the night he pasted all the love letters he had received from his fiancee on the walls of her residence. Next morning a crowd collected before the house and was busily engaged in reading the letters when the fiancee discovred the affair. While the gendarme kept the crowd back, the servants, armed with brushes, soap and water, scrubbed off the love letters from the walls.

“Heartless girl, I will return you your letters,” was written in large letters above the correspondence.

The girl, who is very indignant, says she intends to take a similar revenge.