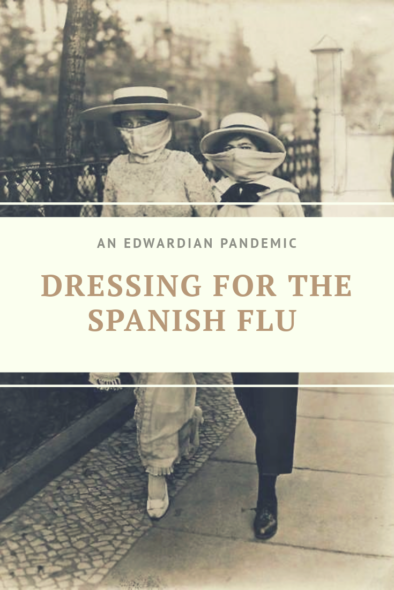 As the influenza pandemic, known colloquially as “la grippe” or the Spanish Flu, spread across the globe, governments and health officials immediately began to call for the use of masks as a solution to keep more people from getting sick. 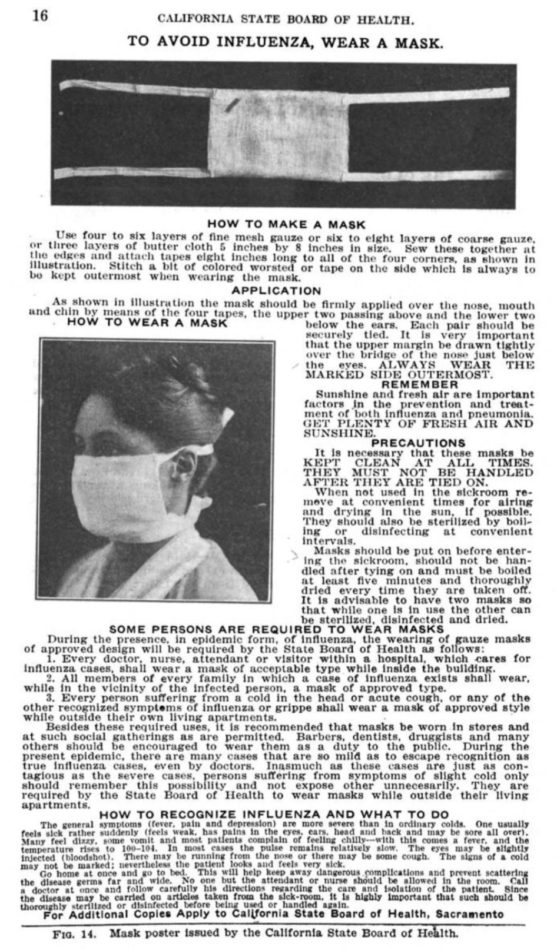 Soon, the streets were filled with people wearing these gauze masks, much to the tut-tutting of The Haberdasher, a San Francisco-based men’s clothing magazine, who bemoaned the appearance of the masks in an editorial:

Now every man has become a patron of a drug store for the “dernier cri” in face adornments, popularly known as the “flu mask.” The haberdashers missed a trick in the game of business when they did not seize on this craze and lay in a stock of exclusive high-grade masks, perhaps with initialed corners, instead of letting all this good business go to the drug stores. The law compelled every citizen to don such a mask, and most people have from three to six in order to have frequent change. BUT, horror of horrors, every one of these million or more masks is fashioned on the same general lines and made of the same material and color. Here we have an example of exceptionally bright business men overlooking an opportunity not only to turn a pretty penny, when business was otherwise dull, but also to turn a ghastly parade of more or less white-swathed faces into a thing of beauty and riot of color. Naturally all this flow of money into the tills of the drug stores and away from the haberdashers, where it belongs, has had its effect on business. And quite as naturally the ugly mask which the people adopted instead of a thing of beauty, which was possible, has turned the thoughts of all away from the festivities.

0 replies on “Dressing for an Edwardian Pandemic: The Spanish Flu of 1918”