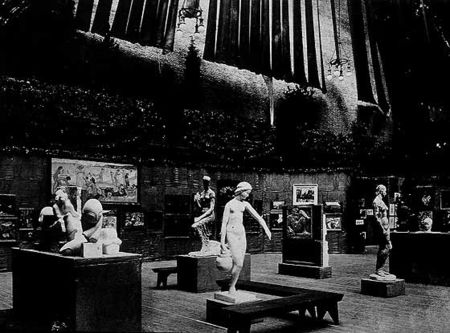 Modern and avant-garde art introduced itself to 1913 New York much against the latter’s will. Since the emergence of Impressionism, many other shocking developments in artistic expression set the world afire. However, these movements were smaller, grounded by one or two artists, and usually returned underground after the public’s initial outrage. By the 1910s, these smaller art movements began to convene and morph until two distinct styles of art bubbled beneath the mainstream–Expressionism and Cubism. Both began in Europe–the former in Germany and Austria, the latter in France–and were the culmination of the fascination turn of the century society held for “primitive” and “foreign” art. 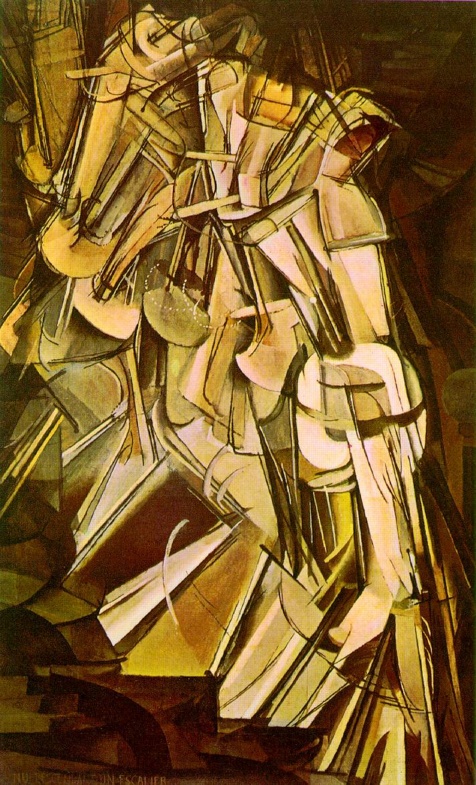 In one way, the rise of Expressionism and Cubism could be seen as a reaction to the globalization of society. As colonialism spread throughout Asia and Africa, as well as the South and North poles, Europeans and Americans came in contact with peoples only hardy explorers of the past were able to meet. Also, this time witnessed the birth of modern anthropology. Though scientific racism retained its hold upon greater social thought, exploration began to turn its emphasis from conquer to the study and cataloging of non-European peoples and their customs.

The seeds for the Armory Show were sown at one of the artistic “Evenings” held by Mrs Mabel Dodge, a “400” socialite who worked her darndest to become the “queen of Greenwich Village.” The 69th Regiment Armory for the National Guard located at on Lexington Avenue between 25th and 26th Streets was chosen by organizers Arthur B. Davies, Walt Kuhn, and Walter Pach as the perfect venue for this show of modern art. Though the Metropolitan Museum of Art bravely purchased Paul Cézanne’s Hill of the Poor to symbolize their willingness to accept modern art, others were not so happy with the descent of art from nice, safe portraits, landscapes and still-lifes into dots and dashes across the canvas. Despite the rumbling of dissent, the Association of American Painters and Sculptors trundled on. The date for the show was from February 17th to March 15th, 1913, and the armory was home to approximately 1250 paintings, sculptures, and decorative works by over 300 European and American artists.

mong the artists whose work was to be shown were Mary Cassatt, Paul Cézanne, Marcel Duchamp, Raoul Dufy, Henri de Toulouse-Lautrec, Henri Matisse, Pablo Picasso, and James Abbott McNeill Whistler. Many of the artists were known and respected, so the audience and art critics waiting to view these 1250 paintings were not too alarmed by the roster. But when they did feast their eyes upon the exhibition, most of New York was stunned. Lloyd Morris recounted the “outrage and protest [which] flared up in newspaper headlines” and “Cubism, futurism, post-impressionism became issues in a battle that engaged the general public.” Critics were baffled by Marcel Duchamp’s Nude Descending a Staircase, and were incensed by Matisse’s nudes, Picasso’s cubist paintings, and Constantin Brancusi’s roughly-hewn block. Former President Theodore Roosevelt condemned all modernists as lunatics, and many critics considered the more provocative art exhibited to be the work of degenerates, and described the Armory Show a “bedlam in art,” comparing cubism to prehistoric cave drawings. 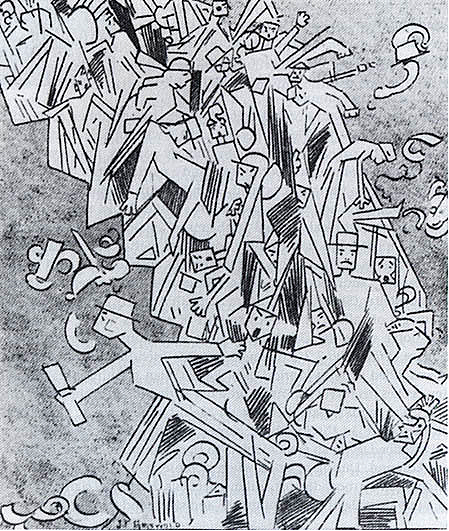 In the midst of this furor, modern art did have a small, but growing number of supporters, which included Gertrude Vanderbilt Whitney, who was to receive lasting fame for her art studios in Greenwich Village and the museum she founded in 1931. Many art collectors found much to admire in this new art movement, and more than a few wealthy art patrons included early Picassos among the then-priceless works by Rubens and Holbein the Younger. Ironically, for all the castigation the show received in the press and the public, it went on to tour Chicago and Boston to equal doses of acclaim and horror. The outcome of the Armory Show was but one of the many pre-WWI forces that shaped both modern culture and society in the coming decades. The Modernists took inspiration from non-European arts and looked forward rather than looking back to old masters, thereby forging not only a new path for art, but enabled them to stand on their own merits as artists.