Indulge in your inner Oscar Wilde or Max Beerbohm in a bespoke suite (okay, maybe not bespoke, but you can fake it), shiny spats and shoes, an Ascot tie, and a single tie pin placed just so.

The key word is slim fit for the suit. In the Edwardian era, the English cut was narrower in the chest, and the French cut even tighter in tailoring. However, the trend for men’s suits tend to be sold in the looser fit favored by American men, so I’m going to give as close examples as I can find.

Such as this tuxedo by Tommy Hilfiger: 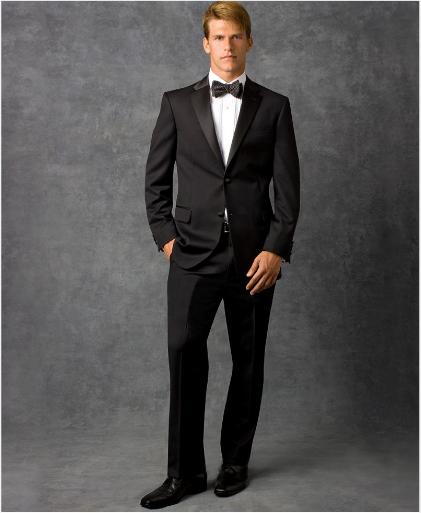 Or this three-piece suit by DKNY: 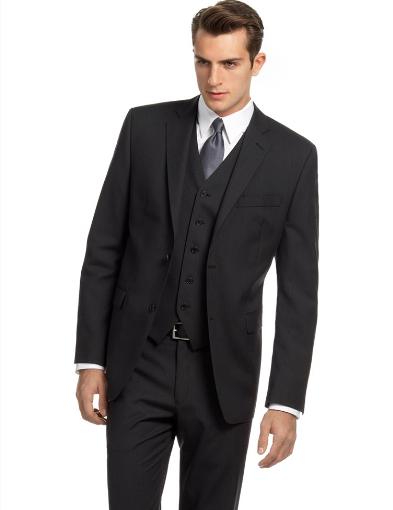 Next, try on a wing collar shirt, found at Man of Fashion for about $40: 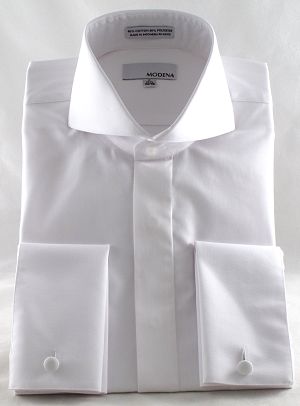 Add a dash of elegance with mother of pearl cuff links from Banana Republic for $39: 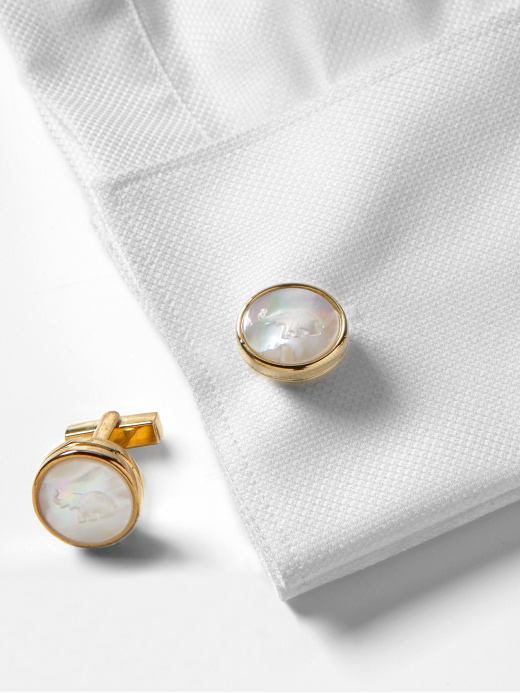 Try on an Ascot tie for $39 from Fine and Dandy:

In his 1900 book, Clothes & the Man, Edward Spencer gives directions on tying a proper Ascot tie:

Begin with an Ascot tie. Put the tie round your neck, and let the ends hang level. Tie in a single knot by bringing the left-hand over the right. Pull the end slightly, so that the left-hand one covers the right. (Don’t drag it away from the stud ; if you “find it slipping, tie the knot a little tighter.) Take hold of the left-hand end—which is on the top—and bring it upwards and inwards to the left until it is at right angles to the right. In that position the “wrong” side of the tie (presuming that you are using a tie with a “wrong” side) will be shown ; then fold the right-hand end underneath, showing the “wrong” side in front. Pull the right-hand end through the loop which has been formed by the left-hand end. Pull the right-hand end quite through until it is at right angles to the knot, and in a line with the left hand. The knot is then made, and all you have to do is to let the two ends fall into the proper position, and then secure them with a pin.

Top off the look with a pocket square tucked into the breast pocket and a boutonniere placed in the top button loop:

To go that extra dandy mile, might I suggest sock garters, gloves (Hugh, Earl of Lonsdale favored canary yellow gloves), and spats to cover your dress shoes? Or perhaps an top hat and cape, if you want to appear more dashing.

And clean shaven is the rule, rather than the exception, as seen in the quintessential Arrow Collar man, as illustrated by J. C. Leyendecker: 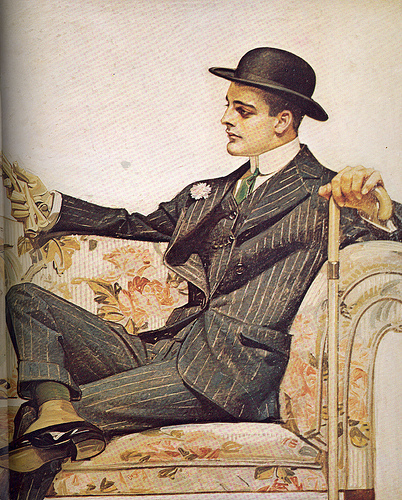 Part your hair in the middle, slick it down with a can of brilliantine, check your appearance in the mirror–excuse me, looking glass–make certain your valet dressed you correctly for the time of day, douse your person liberally with sandalwood or vetiver (scents from Geo. F Trumper were favored by Edward VII), and on the swing of a walking stick (neat rapier, or monocle attachment hidden in a secret compartment), stroll like a flâneur down your neighborhood streets this Halloween. 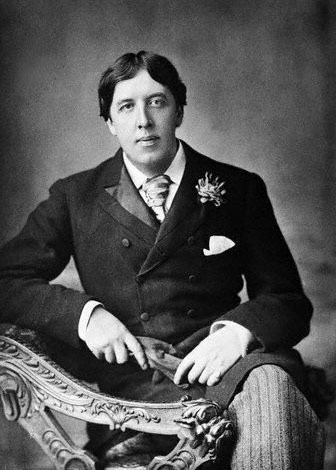