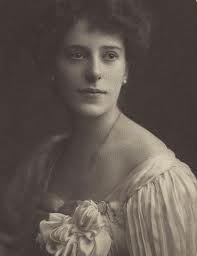 In an age where women entered the field of journalism in significant numbers, only to be largely marginalized in “women’s issues” or to force attention only through the short-lived craze of stunt reporting, Rachel Beer’s ascent to editor of not only one, but two newspapers was a marvelous feat. Beer was born a Sassoon, one of the fabulously wealthy Jewish families whose entry into Victorian high society was facilitated by the Prince of Wales’s love of splendor. However, Rachel broke with tradition, and faced near exile from her family, when in 1887 she married Frederick Beer and converted to Christianity. Granted, Frederick Beer’s family were of Jewish descent, but the act of marrying out of the faith and the family was unconscionable, and the only contact she retained was her brother Alfred (father of WWI poet Sigfried Sassoon), who also married a Gentile.