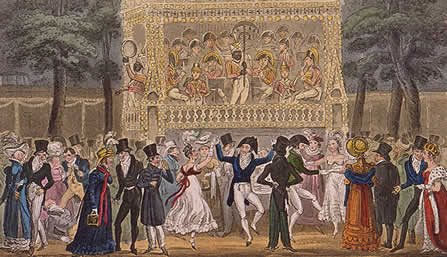 The aristocracy of Britain is a mystifying body of people; titles, orders of precedence, and strawberry leaves notwithstanding, there has been a misconception of the actual numbers of which British (which means English, Irish, Scottish, and Welsh) nobility comprises. The most common misnomer and mistake is to label the British aristocracy as the “Upper Ten Thousand” prior to 1852–and if indeed at all!

This mistake is most prevalent in Regencies, which is a given, considering that many Regency authors tip their hats to Georgette Heyer. Ironically, while many do acknowledge Heyer’s deliberate inclusion of historical inaccuracies, and a smaller few have admitted what we know as “Regency” is closer to the Victorian/Edwardian era atmosphere in which Heyer was raised, it appears most Heyerisms have been accepted as fact. The trouble with naming the ton, or the aristocracy, as the “Upper Ten Thousand,” is that the phrase is of American origin. 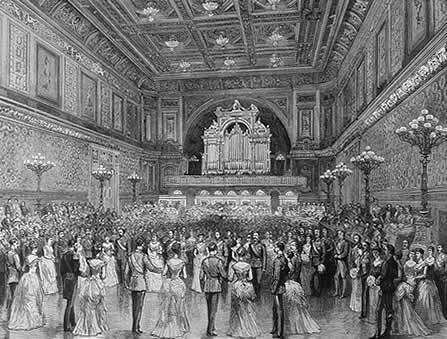 Coined by American poet N.P. Willis to describe fashionable New York of the 1840s and 1850s, in 1852, Charles Astor Bristed penned The upper ten thousand; sketches of American society. By a New Yorker. The phrase could have been passably familiar to 1860s Britain, when the eponymous hero of Thackeray’s novel, The Adventures of Phillip (1861-62), contributed weekly to a fashionable New York journal entitled “The Gazette of the Upper Ten Thousand”, but it didn’t appear to come into relative use regarding the aristocracy of Britain until the 1870s–when the nobility truly swelled to include titled families of all four countries (many people were granted peerages from countries not of their birth, as seen the case of George Curzon, who was given the Irish Barony Curzon of Kedleston to allow him to continue to sit in the House of Commons after he finished his reign as Viceroy of India), the landed gentry, the army and navy, and the growing numbers of men ennobled for being wealthy, talented or influential.