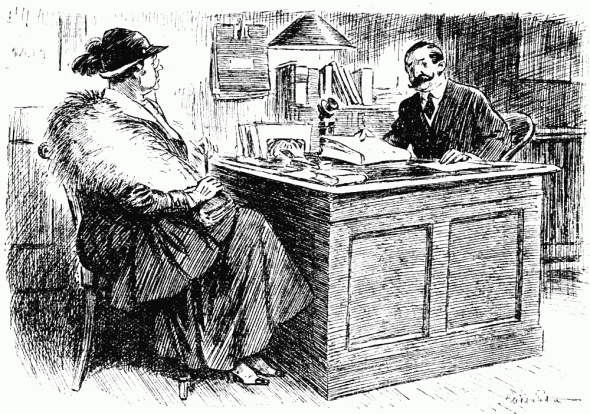 A very general method of obtaining servants is by answering advertisements, or inserting advertisements for the kind of servants needed. In this latter case care should be taken to make the advertisement quite intelligible; as much information should be given in the space respecting the requirements, wages, age, etc., etc., as possible.

Then there are the registry-offices, but these have lately fallen rather into disrepute, and it is difficult to get suited with servants except from the very best of them. Another, and to my mind the best, plan——though it is apt to make you a very decided nuisance to your friends——is to inquire on all sides amongst your acquaintances if they know of any one requiring the sort of situation you wish to fill up, asking also your various tradesmen if they know any good servants out of place. When you have heard through some of these sources of a servant, never be content without a personal interview, or else commission some friend to see the servant for you.

Be most particular in putting searching questions respecting the work which she will be expected to do. Show her your own paper of rules for work, and explain exactly how much, and what the work is, your hours for meals, regulations respecting holidays, perquisites (to be dealt with further on), and all such matters. Then procure the address of the last mistress, and supplement your knowledge through her before you close the engagement.

It is most important that all the work he or she will have to do should be pointed out to every servant in this interview, as so very much depends on it; and it is by no means fair to engage any servant without thoroughly setting before them the work they are required and expected to do.

Then if your interview or correspondence with the late mistress is entirely satisfactory, the engagement can be entered into.

But in those establishments which cannot be called large, the mistress engages all the women servants, and the master the menservants. In giving the character of a servant leaving your service, you may well bear in mind the golden rule before named, “Do unto others as you would they should do unto you,” and be guided by it. It certainly is not carrying that rule into practice, to give a false or unjust character, or to withhold information which it is of importance the new mistress should possess.

It is neither usual nor legal to ask a mistress to give a character a second time for a servant, that is for the servant to do so; indeed, it is very rarely asked for, only in exceptional cases, when it would probably be granted. I have done it myself, but it was a case in which the mistress who should really have been the one called on, had been undoubtedly unjust to the girl and treated her badly.

A servant can be dismissed by master or mistress by either giving a month’s notice, or else a month’s wages instead of the notice. They can be dismissed without notice for any decided lapse of duty, such as being intemperate, insolent, dishonest or disobedient to a direct order from either master or mistress; but “wages can be claimed up to the date of dismissal, unless that dismissal was for embezzlement or other felonious acts; ” and it is usual in cases of ordinary dismissal to pay a month’s wages, at least it is often done to avoid disputes, though in cases in which the fault is clearly on the side of the servant it could not be legally claimed.

In giving the character of a servant who has been dismissed for ill conduct, the master or mistress is bound to give an entirely truthful character of that servant, neither excusing nor over-stating the fault; indeed, if they suppress any real knowledge they have which would go against that servant were it stated, they lay themselves open to the charge of giving ” a false character.”

“An action will not lie against an employer for giving an unfavourable character of a servant even though it be in writing. Communications of this nature in answer to inquiries are considered privileged. But if it can be proved that an employer has given a false character from motives of malice, then an action for libel will lie against him; but the representation must be proved to be false as well as voluntary. Masters and mistresses are, however, under no compulsion to give any character to any servant, unless at the time of engaging the servant they entered into an agreement to do so.

8 replies on “The Engagement of Servants”