I am delighted to present and interview with a brand new voice in historical romance, Juliana Gray. I had my eye on her debut trilogy to moment I saw the words “Victorian Italy”, and luckily, book one, A Lady Never Lies, more than lived up to my expectations! Thankfully, our clandestine author (you will find out why at the end!) was able to squeeze an interview between her busy schedule. 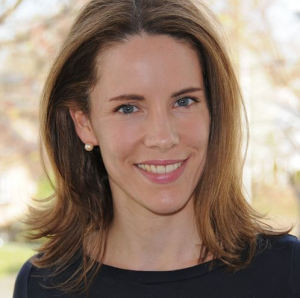 Juliana’s debut romance trilogy, including A Lady Never Lies, A Gentleman Never Tells, and A Duke Never Yields, was largely written when she should have been sleeping. She enjoys dark chocolate, champagne and dinner parties, and despises all forms of exercise except one.

A Lady Never Lies is the first in your “Affairs by Moonlight” trilogy. I know Shakespeare’s Love Labour’s Lost was an inspiration, but how did you tie all of your ideas together to create each romance?

I’d always thought that Love’s Labour’s Lost made an intriguing premise for a romantic trilogy: three men (four in the actual play, but I love working in threes!) swear off women for a year of academic study, and naturally three irresistible women show up first thing on their doorstep. And having used Shakespeare as my starting point, I really wanted to invest the trilogy with all those things that make Shakespeare so wonderful: the Italian setting, which occurs so frequently in his works; that sense of comedy alternating with seriousness and even pathos; the telling interactions between master and servant; the magical realism in which curses and ghosts invade and overturn the well-ordered world of the protagonists. Those elements then led me into Verdi, who’s such a perfect match for Shakespeare — he adapted many of the plays to opera, in fact — as I went hunting for subplots to bring each couple’s story to life. So there’s really nothing random in any of the books: it’s all thought out carefully and winds up in a classic all-hands-on-deck finale in the last installment.

Our intrepid hero, Finn, is the inventor of an early motorcar. Whilst researching this exciting period in automobile history, what were some of the things that surprised you?

By the time I came to write ALNL, I thought I knew a fair amount about the development of the automobile. I became obsessed early on as a fan of the outrageous Blake Edwards comedy The Great Race, which takes place in the early 20th century around a New York-to-Paris car race, so I knew that there were all types of automobiles competing for technological precedence, and the internal combustion engine was something of an also-ran until various social elements all fell into place. But the one thing that really astonished me — my copyeditor even queried me on it, as in “Really? This isn’t a typo?” — was that automobiles in 1890 weren’t allowed to exceed speeds of four miles per hour (walking pace, essentially) and had to have three accompanying men with flags to ensure public safety. This was all a put-up job by the railroad interests, of course, but it made life pretty difficult for early automobile enthusiasts, as you can imagine! 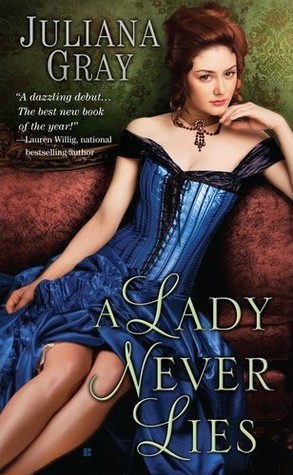 My primary source of enjoyment of ALNL was how heroine-centric the story was. I’m one of those semi-rare types who reads for the heroine, so who was conceived first—Alexandra or Finn? How important is the relationship between the three women to the overall plot running through all three books?

Alexandra was definitely conceived first! She sprang from a secondary character I’d created for an earlier manuscript effort, who ended up taking over the story. I knew going in she might be a little difficult for readers to take — she’s full of flaws, and not the usual faux flaws of romance heroines — but she’s just so witty and so larger-than-life, I couldn’t bear to stifle her. The other two heroines have their own distinct personalities, and may surprise readers when their own stories are told, but they are related, they love each other, and they complement each other very well. Everyone seems to be looking forward to Abigail’s romance with the Duke of Wallingford in the last book, but I do have a soft spot for my quietly passionate Lilibet, who travels such a long and difficult road to her happily ever after with dashing Roland.

The entire trilogy takes place at roughly the same frame of time—any challenges keeping everything tight to this time frame? Did choosing this method of plotting lead to any unexpected developments?

Well, it was all very easy in ALNL: I could just write the story as it unfolded, having the secondary characters pop in and out as needed. Of course, when I came to write the next books, I had to figure out why Roland came strolling into the peach orchard at midnight, composing poetry, and why the Duke of Wallingford burst into Finn’s workshop covered with goose feathers! But I did have an overarching story in my head when I began, and I kept to the same schedule with each book, giving me a natural structure to work with. So in many ways the second and third books were more straightforward: the architecture and the characters were all in place, so the challenge was to keep it fresh and interesting, to surprise the reader who will go into the sequels with certain preconceptions that I hope to overturn!

I wish I could say it’s because the era has always captivated me and all that, but in truth I had in mind an early Edwardian setting in the beginning! But when I went to submit the proposal, my agent and I agreed that we were already going way off the beaten romance path with our automobiles and our Italian setting and our mysterious curses, so we should at least pull the story back into the more familiar Victorian setting. And since 1890 was about as early as we could go without losing the automobiles, well, that’s where we landed!

Did you conduct research before you began writing, or was it an ongoing task?

I’ve been doing the research for most of my adult life; the period before and during the First World War is my own personal hobby horse (as it is yours, Evangeline!). So any research I did while writing tended to be of a very specific nature: fastenings on women’s clothing, to bustle or not to bustle, technological state of lead-acid batteries, whether or not certain hotels had electric lighting or gas. At one point my copyeditor said I couldn’t use Baedekers guidebooks, and I was able to say, oh yes, they most certainly were available in 1890!

What draws you to the romance genre, and to historical romance specifically?

I am a romantic, I just am, and I don’t think I could write and sustain a story that didn’t have a love element in it somewhere. I’m just fascinated by the emotion of erotic love, and the havoc it plays in our lives, and the various ways it plays out for different people. Jayne Ann Krentz made the fabulous point once that popular fiction is about flawed people striving for the heroic virtues, and that’s such an essential human need — to have heroes, and to strive for heroism, and to become our better selves for the sake of someone else. So I love reading and writing about that struggle, and I love the way in which it plays on the historical stage, before irony and cynicism gobbled up our inherent human romanticism.

Any research tidbits you were forced to delete from the book?

I can’t remember whether I deleted anything, but I was absolutely determined to work Mercedes Jellinek into the story somehow. I had to twist a few facts to do it, for which I apologize in the historical note at the end, but I think I succeeded!

Your favorite English aristocrats, told in a fresh new voice!

At the risk of having my nose rapped with a fan for impertinence, dare I ask what is next on the horizon?

The next two books will be out soon, with A GENTLEMAN NEVER TELLS hitting bookstores in early November and A DUKE NEVER YIELDS concluding the trilogy in February. And Berkley’s asked me to do another three books, which I’m working on now. Same time period, same world, even a few recurring characters, but this time we have three princesses who disguise themselves among the staff in three aristocratic households, in order to hide from a mysterious assassin. (Royal assassinations were all the rage in those days, as I’m sure you know!) The first book, HOW TO TAME YOUR DUKE, will be out in June 2013.

Juliana Gray is also Beatriz Williams, author of the wildly romantic mainstream novel, Overseas. You may visit both incarnations of this immensely talented author online:

Leave a comment below using Rafflecopter for a chance to win a digital copy of A Lady Never Lies!

3 replies on “Interview with Juliana Gray, Author of A Lady Never Lies”