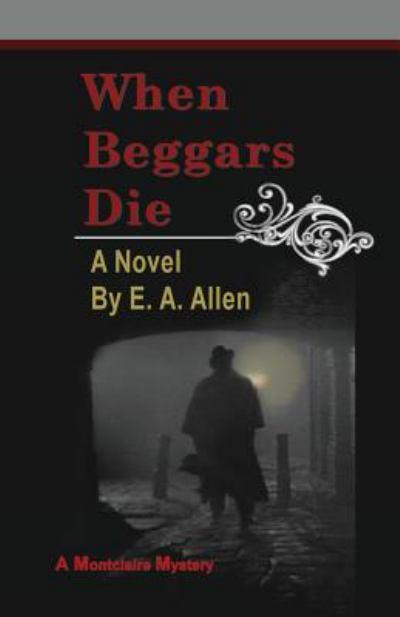 DESCRIPTION: Montclaire Mysteries–stories that follow the exciting investigations of Gerard de Montclaire, the greatest detective of the Belle Epoque. The Montclaire Stories, first recorded in the diaries, journals, and memoirs of his life-long associate, Colonel Sir Francis FitzMaurice, are now available for the first time to the general public.

The Montclaire Mysteries feature engaging tales of intrigue, revenge, jealousy, espionage, political corruption, and international conspiracy, embedded within the actual historical texture of the Victorian-Edwardian Era. Real historical actors mix with fictional characters in plots and situations that are plausible, and in which both speak with voices that are authentic to the era.

BACKGROUND OF BOOK/WRITING:
I write “historicals.” It’s my niche in the great universe of mystery fiction. My stories—the Montclaire Mysteries Series—follow the investigation of a French detective of the Edwardian Era (La Belle Époque in France) who sometimes works on his own account and sometimes accepts commissions from the French Government to work as what in French legal system is known as a juge d’instruciton – an Examining Magistrate.

As writers of historicals go, I mix historical figures with fictional characters, in plots that are plausible. My favored device is to take a great historical event and weave into it a dramatic mystery, which takes my reader into a deliciously exotic backstory of history. The façade is always bold historical events, as they actually happened, and my story is a fictional drama in the backchannels of those events, where that part of history happens that almost no one ever sees.

Some writers of historical yield readily to the temptation to tamper with events – to rewrite history to suit the interests of a good yarn—or more often to somehow distort actually historical characters and have them behave in ways that are not authentic but which suite the interests of the story. Recently I head the practice defended as a perfectly acceptable “literary license”. The attitude here seems to be that it’s a shame to let history get in the way of a good story. I won’t quibble with those who exercise such license. We’re all God’s children, after all. But, I don’t do it. For me, the relationship between the historical and the fictitious has to be what I call “honesty”.

My rationale for my own rule of “honesty” is pretty clear-cut. First, besides being a writer of mystery fiction, I am also a historian and a history professor, who teaches and who has written over a score of scholarly works in French and British history. I respect my own profession and my own field of study, and I don’t like it distorted, even in a good cause. History is history. It is a body of facts about the past as we are able to know them, and what is known of past should be left as it is, unless it can be altered by documentary evidence. That keeps thing tidy and honest in the study of history.

I cannot number the times that I have fielded questions in my classes, from students who have been confused by something they have seen on television – usually the History Channel, sadly—which has left them with a distorted notion of events and personalities.

Moreover, history needs no rewriting to be the basis of good historical fiction, or to be interesting. Actual events are almost always richer in nuance, drama, meaning, and fascination than any writer could contrive to make them. History needs no artful embellishment. It’s the fictional stories that we conceive behind the events of history that need all the creative juice we can give them. If I succeed in making my stories both plausible and as interesting as history itself, I am content to trust them to my readers.

My novel, When Beggars Die, opens with a body, bleeding on the floor of a seedy cabaret in the Montmartre district of Paris. It’s the body of a beautiful woman, d’une certain age, a knife through her neck. Standing over her body, an unusual man—Edward VII. But, is this plausible? Honest? Have I violated my own rule, and right at the beginning?

Not at all. I hope I am disabusing no one who reads this by saying that, although Edward VII was never actually apprehend in such circumstances, it would have surprised almost no one of his contemporaries (especially those who knew his carousing habits best) that such a thing had happened. Yes, entirely plausible, and my readers may shake their heads all they like. Moreover, the French government/official reaction to the situation, as I describe it and which is the platform on which I construct my mystery, is also plausible. Though they would surely have liked to sweep such a thing under the rug, French officials very likely would have launched an investigation. In the era after the Dreyfus Affair, France was long past the time when Cardinal Richelieu could invoke raison d’état as a justification for doing anything needed as a reaction to developments in international relations.

In doing all of this I follow two standards. First, the story—both its history and fiction—must hang together in a way that is plausible. All of the fictitious things that my detective finds behind the façades of actual events of the Belle Époque must themselves ring true. The reader must know that while fictitious, things might well have happened just that way. Second, the characters, whether real or fictitious, must behave as they would have behaved in the circumstances. Edward VII in When Beggars Die behaves as he did and as he would have. And Gerard de Montclaire behaves as a French Examining Magistrate, investigating a ticklish political crime, would have behaved. Moreover, both of them speak with voices that are absolutely authentic to the Edwardian Era—no compromises.

Edwardian voice is a double problem. Even if a writer is steeped in the literature and documentary evidence of the era so that the voice is second nature, mistakes happen. So, a large measure of second guessing comes with writing Edwardian historicals. Moreover, every modern writer of Edwardian voice will struggle with the inadequacies of the vehicle. At one point in When Beggars Die, I desperately wanted to use the word “cover-up.” Nothing else would do. Problem is, “cover-up” is not an Edwardian word. Edwardians would have used “sham” or “shaming” in some construction, and that is not nearly as useful as “cover-up.” There’s a good reason for this poverty of expression. Edwardian cover-ups—political and social—were infinitely more successful than ours, and so they didn’t talk about them nearly as much as we do and they therefore did not require the rich vocabulary of the subject that we have created. Much as I would like to have awarded myself a temporary “literary license,” I made do with “sham.”

Historical mysteries impose special burdens on the writer. But accepting those burdens and fulfilling the obligations attached to them give “historicals” much of the wonderful appeal they enjoy in mystery fiction.

PURCHASE WHERE:
From Amazon or Nightbird Books!

One reply on “Saturday Soirée: The Montclaire Mysteries by E.A. Allen”