The late Victorian and Edwardian eras were the epoch of slum clearances. Philanthropists, Fabians, and the newfangled city councils were determined to stamp out poverty with action as opposed to donating sums to charities and hoping it would reach those in need. Yet, the process of clearing tenements and building more sanitary living spaces and council flats was controversial: the poor were forcibly ejected from their homes with no place to go, and frequently, these new buildings charged higher rents than the former tenants could afford.

In the year 1904, Dr. Robinson, the Medical Officer of Health for Birmingham, described the kind of dwellings dealt with by the [Housing Committee] as follows :—

A large proportion of the houses are badly constructed, and have unhealthy surroundings. Most of these have damp floors in the lower rooms through the tiles being laid on the bare earth. The walls are damp from absence of any damp course, from defective brickwork and pointing, and from defective spouting. The woodwork is decayed and rotten from damp. The surfaces of the walls and ceilings are not smooth and hard, and therefore allow of the accumulation of dust and dirt. In many cases the filth of ages is accumulated above the lathing of the ceilings and behind skirting boards and wooden dados erected to hide damp.

In addition to the above, the environment of such houses is distinctly bad. In many there is insufficiency of daylight. In a large number there is no chance of getting a reasonable supply of fresh air, from the fact that the houses are built in crowded courts.

In many of these courtyards pan closets still exist. The stench from these, even when the pans are empty, pervades the courtyard, and can be smelled in the interior of the houses. These closets, like the houses, are of the cheapest and most slim construction. They are constantly getting out of repair. They are, like the yards, used by more than one house, and it is only reasonable to expect that one tenant will object to cleanse away filth made by another.

Between January 1902 and December 1906, the Birmingham City Council Housing Department demolished and condemned buildings, repaired tenements, and built new housing for the poor at a cost of £30,000 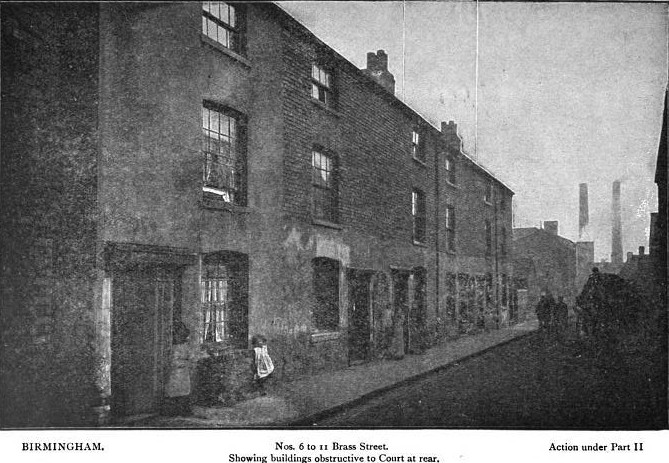 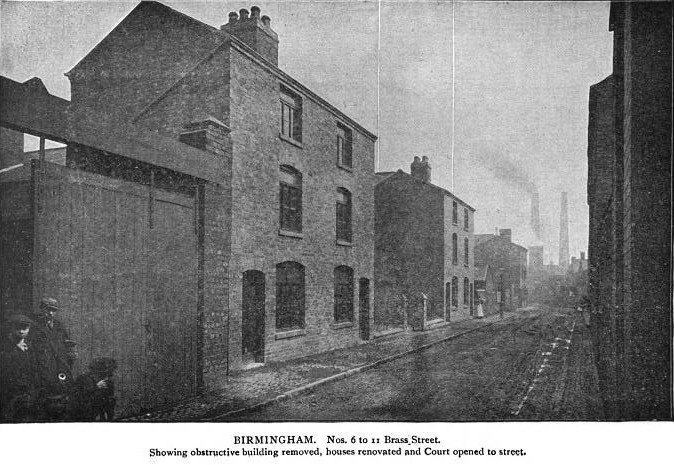 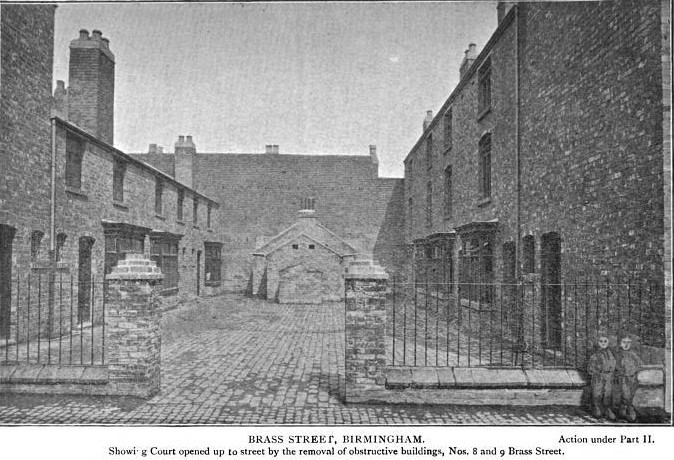 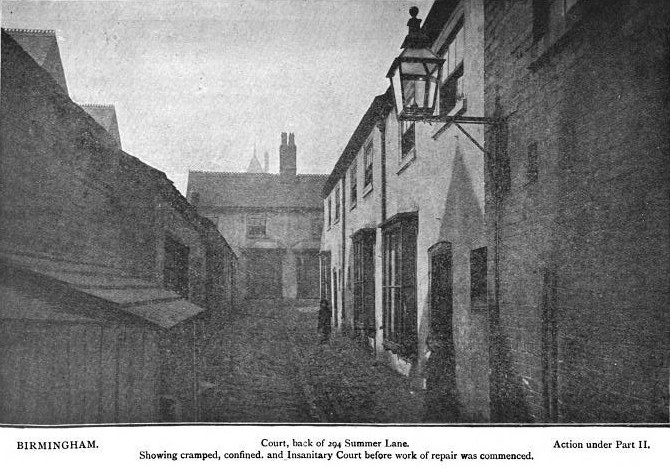 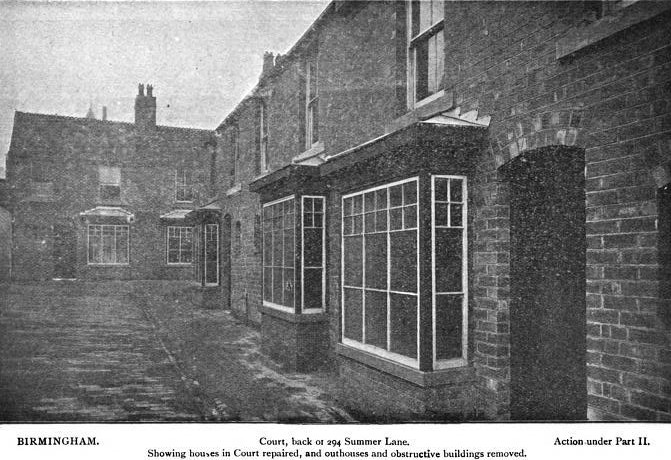 0 replies on “Before & After in a Birmingham slum”