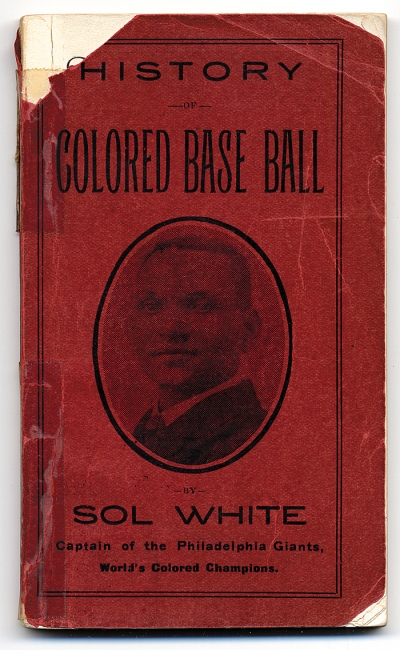 The first known game between two black teams was held in September 1860, at the Elysian Fields in Hoboken, New Jersey, when the Weeksville of New York beat the Colored Union Club 11–0. During the period of Reconstruction, black ball teams popped up all over the Eastern Seaboard, comprising of ex-soldiers and officers, and teams like the Jamaica Monitor Club, Albany Bachelors, Philadelphia Excelsiors and Chicago Uniques played each other and any other team that would play against them. Soon, Philadelphia, with an African-American population of 22,000, became a mecca for black baseball, where two former cricket players, James H. Francis and Francis Wood, formed the Pythian Base Ball Club, which was promoted by legendary ballplayer and civil rights activist Octavius Catto. Segregation barred the black ball teams from joining the National Association of Base Ball Players, and they were dependent upon semi-pro white teams to keep in condition and make a living, but “Blackball” thrived despite these hardships.

Pioneer baseball players included Bud Fowler (pitcher) and Moses Fleetwood Walker (catcher), the latter of whom was the first African-American to play in the major leagues. The first black professional baseball team was formed in 1885, when Walter Cook, a white businessman from Trenton, NJ, spotted the Babylon Black Panthers, a team formed by waiters and porters employed by the Argyle Hotel in Babylon, New York, and became their manager. He renamed the team the “Cuban Giants” to attract white baseball fans (since oddly enough, non-Americans of African descent were more acceptable to American society), and their success led to the formation of the Southern League of Base Ballists (comprising of ten teams: the Memphis Eclipse, the Georgia Champions of Atlanta, the Savannah Broads, the Memphis Eurekas, the Savannah Lafayettes, the Charleston Fultons, the Jacksonville Athletics, the New Orleans Unions, the Florida Clippers of Jacksonville and the Jacksonville Macedonias). Though this league lasted only one year, the National Colored Base Ball League was formed in 1887, and under the leadership of Walter S. Brown of Pittsburgh, the NCBBL was “granted official minor league status and thus ‘protection’ under the major league-led National Agreement.”

Thought the NCBBL also failed, the six teams–Baltimore Lord Baltimores, Boston Resolutes, Louisville Falls Citys, New York Gorhams, Philadelphia Pythians, and Pittsburgh Keystones–played a decent season, and despite the existence of two defunct black baseball leagues, the ball players soldiered on. The Cuban Giants remained successful, and copycat teams sprang up immediately, the most prominent being the Cuban X-Giants, a splinter and a powerhouse team who played ten seasons around 1900. Many teams and leagues rose and fell by the turn-of-the-century, but black baseball reached preeminence under Rube Foster, the Cuban X-Giants star pitcher, who helped the team defeat the Philadelphia Giants, a black ball team formed in 1902 by Sol White, white sportswriter H. Walter Schlichter, and Harry Smith, sports editor of the Philadelphia Tribune, a black newspaper. These two teams battled for supremacy in “blackball” during the first decade of the 20th century, and Rube Foster began to pull together the makings of a black baseball league by black ball players, for black ball players. By 1920, the Golden Age of black baseball began, and up until the 1940s, African-American baseball teams played games and world series just as exciting, skilled, and lucrative as the segregated major leagues.

Further Reading:
Sol White’s History of Colored Baseball with Other Documents on the Early Black Game, 1886-1936
Only the Ball Was White: A History of Legendary Black Players and All-Black Professional Teams by Robert Peterson
Negro League Baseball: The Rise and Ruin of a Black Institution by Neil Lanctot

2 thoughts on “Only the Ball Was White: African-Americans & Baseball in the Gilded Age”