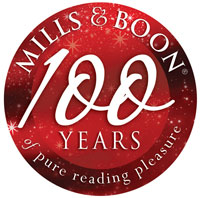 About a month ago, an assistant to the BBC Drama dept contacted me to consult the historical accuracy of an upcoming mini-series. As I don’t live in Britain, the collaboration was aborted (but oh wouldn’t it have been fun!?), however, I still hold a fond memory of “what if,” and am pleased to see a spate of articles online about Consuming Passion: 100 Years of Mills & Boon. Though Mills & Boon has become synonymous with romance (in England at least; its parent company Harlequin is the by-word for romance in America), up until the 1930s, it was your average general publisher. But, from the beginning, Gerald Mills and Charles Boon watched consumer demand closely and were determined to bring readers precisely what they desired, and at an affordable price.

Written by Emma Frost, the 90 minute drama will interweave the stories of three very different women to shed light on the impact and influence the books had on women’s lives over the last century.

Whilst their book business fought to be original and successful in 1908 London, at home a very different battle raged between Mary and Charles – a battle fought in the bedroom, which would define the course of publishing history as Mills & Boon decide to take a chance on their low-brow, high-romance genre.

Second is the tale of Janet Bottomley (Olivia Colman), an ordinary spinster devoted to her ailing mother, but at the expense of herself. Janet’s life takes a U-turn when she meets a devastatingly, handsome consultant (Patrick Baladi) who must operate on her mother. Triggering Janet’s fantastical yearning for romance, a comedy of errors ensues, changing her world forever.

Finally, Kirstie’s story brings the experience of Mills & Boon up-to-date. A university lecturer in literature and feminist studies, Kirstie (TBC) is in a stagnating relationship with her partner Nick. Thwarted, bored and frustrated, she is lecturing to students on Mills & Boon and its place in our canon, when a young stranger enters her life.[BBC Press Release]

Though many articles and press releases focus on the “salaciousness” of the romance genre (the hopelessly outdated phrase, “bodice ripper”!), here’s to a hour and a half of celebration of the rightful role romance novels (and Mills & Boon) have in not only the lives of women, but the literary canon.