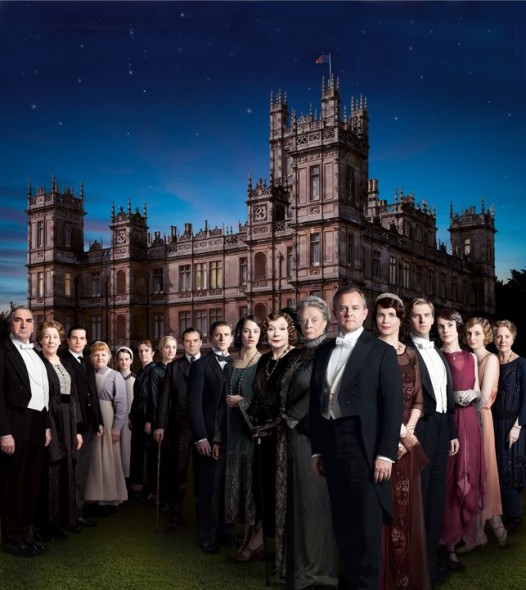 English society immediately after the Armistice and the Paris Peace Conference was not exactly as it was before, but it was not yet what we know it became (all that jazz). On a whole, the English were rather subdued and befuddled, with some making an attempt to turn the clocks backward to August 3, 1914, while others marched hastily forward, determined to escape the bonds of Edwardian manners and mores. Still others adopted a wait and see mindset, suspicious of the possible changes in the world and the chance it might be snatched back. For those at the very top, the Great War had ravaged them most ferociously, not simply due to the high casualty rates for officers, but the combination of death duties and high taxation. In some cases, the ownership of the country estate passed through multiple hands before 1918 (for example, George Wyndham inherited Clouds, his father’s Wiltshire estate in 1911, George died in 1913 aged 49, his son Percy “Perf” Wyndham died in September 1914, and Clouds was passed to his cousin, Richard Wyndham, who fortunately survived the war), or passed from grandfather to grandson. In both cases, death duties were enormous and crippling, and many great manor houses were shut up, converted into schools or hotels, sold to the nouveau riche (denounced as “war profiteers”), or razed to the ground and the land sold to developers.

For the middle and working classes, life after the war was that of economy, economy, economy. Their way of life was not hit as hard as that of the aristocracy, but the demobilization of troops by January 1919 and the abrupt return to civilian life “produced a demand for food and clothing which sent prices soaring higher than ever, since production had still to re-adjust itself from war to peace conditions.” The fact that so many ex-soldiers and soldiers’ widows were provided with pensions and allowances, meant the law of supply and demand prevailed, and inflation rose to an alarming level in November 1920–176% higher than the cost of living in July 1914! There was also an acute shortage of housing. Before the war, young men and women could not afford to set up their own home, and so delayed marriage, but now the combination of wartime marriages and the halting of building between 1914 and 1918 created another high demand, and the cost of building materials soared with the prices for food and clothing. The irony of war was that for the first time, middle and working class men and women had substantial income in their pockets, but the prices for basic necessities continued to rise and rise because they had money!

However, unemployment went hand in hand with this inflation, and though the numbers of unemployed were relatively stable between March 1919 and November 1920, it shot back up to a million in January 1921 and to over two and a half million by June of that year. These unemployed were at first fiery and bombastic about demands for jobs (as well as Lloyd George’s promise of making England “a land fit for heroes”), and solutions ranged from tariffs against imports to quota systems in a effort to stimulate home trade. The railways were also hit hard immediately after the war, and they experimented with cheap rail fare–some as low as that seen twenty years before. All of these were only short-term solutions to the shortage of work, and the cynicism and pessimism over the promise of peace and the changes wrought by the war settled over the working class (and is why the Labour Party replaced the Liberal Party as the party of social change and progress).

Nevertheless, all was not doom and gloom! Women, though they were considered “surplus” due to the large number of deaths and maiming of the men of their generation, made significant strides in this short period of time. Oxford admitted women in full membership in 1919, with Cambridge following in 1921 (women’s colleges only), the Sex Disqualification (Removal) Act of 1919 gave women admission to the legal profession, the Higher Civil Service opened to them, and let us not forget the Representation of the People Act of February 1918, which gave suffrage to all men and to women over 30, with another bill following that November, which made women over twenty-one elgible to stand for Parliament.

Society and fashion also bounced back. The Social Calendar–the London Season–came to a halt during the war years, though country sports remained vital, but once the aristocracy and the upper classes threw off their gloom, they plunged back into events with alacrity. And this was in spite of their being hard-up. This time, however, there was a new Prince of Wales to follow: the slender, dashing, and fashionable Edward Albert Christian George Andrew Patrick David, who adored all things modern and especially American, and partied even harder than his grandfather. In a way, society in the early 1920s was almost–if you squinted–a replica of the lavish Edwardian society, except for one inescapable fact: it was now all about the young, and young ladies just out and young men ran wild through country house parties, Ascot, dances, night clubs where you could hear the latest jazz, and sporting events, finally free of chaperones and their parents. The subtle shift away from the middle-aged to the young that was apparent around 1913 had now reached fruition, and the latest fashions–slim silhouette, filmy fabrics, light corsetry–reflected this. The fashion world was truly revitalized by the introduction of artificial silk. Now every woman could wear “silk” stockings and delicious, shimmering underwear, as well as frocks that looked just as expensive as the Paris models (or copies) worn by the Duchess of Blank and the Countess of X.

Life in general went at a breakneck pace, with aeroplane races, motor races, and anything else that went fast, becoming wildly popular with crowds. In August 1919, three aeroplanes started from Hounslow to inaugurate a regular daily passenger service from London to Paris, and in November, an air mail service between London and Paris began. By October 1922, air travel between London, Brussels, Paris, and Cologne was possible, and many daring aeronauts tested the limits of the “heavier-than-air” machine with transatlantic flights. The despair of inflation, unemployment, and poverty was also lifted somewhat by royal weddings in 1922: the Princess Royal and Lord Lascelles in February, and Lord Louis Mountbatten to Edwina Ashley (granddaughter and heiress of Sir Ernest Cassel, the private financier to Edward VII) in July. In large, the early twenties were mostly a time of great transition, where the vestiges of pre-war society remained, even as the changes brought by the war loomed closer and closer.

Further Reading:
Ourselves, 1900-1930 by Irene Clephane
Scrapbook for the Twenties by Leslie Baily
The Great Silence: Britain from the Shadow of the First World War to the Dawn of the Jazz Age by Juliet Nicolson
The Long Week End; a social history of Great Britain, 1918-1939, by Robert Graves and Alan Hodge
Children of the Sun: A Narrative of Decadence in England After 1918 by Martin B. Green

7 replies on “Series 3 of Downton Abbey, or A Look at England in the Early Twenties”