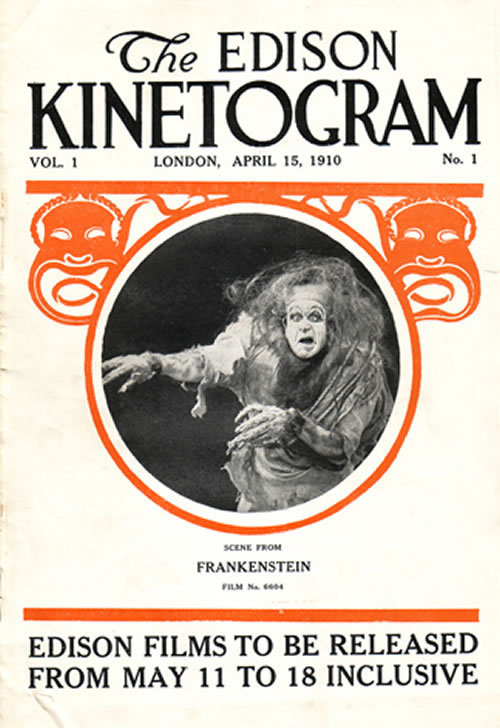 This Thursday marks the 100th anniversary of Thomas Edison’s ground-breaking Frankenstein movie, and it’s finally coming out on DVD in a restored print. Frankenstein’s actors were paid $5 a day and hid the fact that they were slumming in movies.

The restored DVD print of the first ever Frankenstein movie is the work of Frederick C. Wiebel, Jr., who’s also written a book about the making of that film and other early films from 100 years ago.

In a great ABC News article, Wiebel reveals that the film’s special effects are pretty primitive. The most expensive element might be a Frankenstein dummy, which they lit on fire — and then cranked the film backwards, so the dummy appeared to emerge, unscathed, from the flames. Frankenstein director James Searle Dawley learned his craft from Edison’s main director, Edwin Porter, who invented cinematic techniques such as cross-cutting and close-ups. (And who also mentored D.W. Griffith, director of Birth Of A Nation.)

The whole movie is on YouTube — although let’s hope the DVD version is slightly clearer: