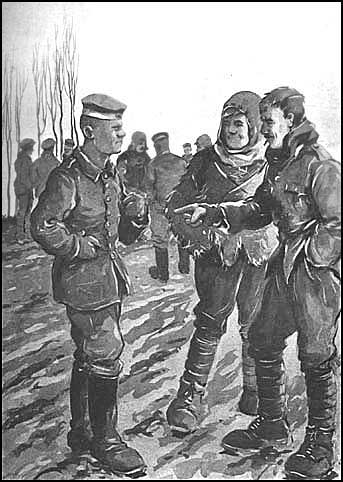 Christmas Eve, darkness fell at about 7 pm on a long line of trenches held, on the one side, by a body of Saxon troops, on the other by the Leicestershire Regiment, the London Rifle Brigade, and some other British units. With it came a sudden calm. The German snipers seemed to have disappeared, and then, the sound of carol-singing rose from the trenches, and at that the British snipers in turn ceased firing. The Germans invited the English out, and very soon, fires and candles were burning along the parapets hitherto guarded with ceaseless vigilance, and the men were fraternizing in a crowd between them, exchanging gifts and experiences, and agreeing that the truce should continue ’til midnight of Christmas Day. Christmas Day passed in burying the dead, whose bodies lay in scores between the trenches; in carol-singing, each side cheering for the other; and in a football match, which the Saxons won. 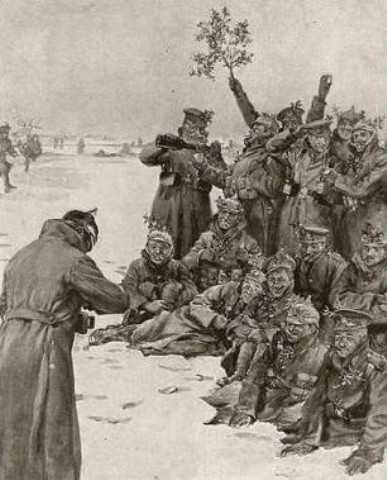