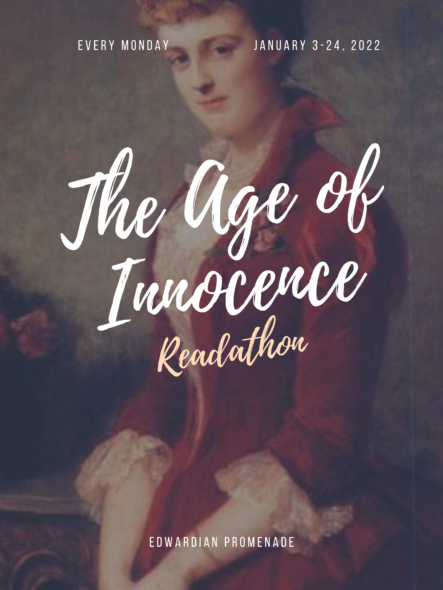 It’s been quite a while since I’ve revisted the works of Edith Wharton. I stumbled upon a copy of The House of Mirth at 18 and was hooked–I reread it once a year for the next ten years. Later, The Custom of the Country battled for the title of my favorite Wharton novel, with The Glimpses of the Moon and her short story Roman Fever not far behind.

The Age of Innocence, oddly enough, has never been a favorite. Perhaps the edge of Wharton’s pen in her retrospective novel was too biting for me. Or, I just couldn’t seem to sympathize with Newland Archer. Nevertheless, this Pulitzer Prize winning novel set the tone for how we think of Gilded Age New York, especially the period on the precipice of the passing of the old Knickerbocker set and the emergence of the gaudy, ostentatious era of Newport cottages and monkey dinners. Julian Fellowes undoubtedly took his cue from this novel and others of Wharton’s (and her friend and sometimes rival, Henry James) in the development of his new series.

Join me here for a readathon of The Age of Innocence, and sign up for my newsletter for the history behind the novel. Read along with me if you’d like!