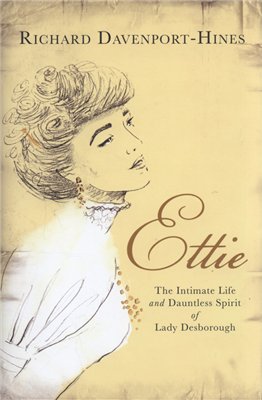 Biographies on Edwardian aristocrats largely confine themselves to Jennie Jerome, Lillie Langtry, and Consuelo Vanderbilt, so it’s a treat to discover one written about one of the most famous women of the era who has since fallen into obscurity.

Born in 1867 and orphaned at three, Ettie Fane was brought up by a beloved grandmother and then two adoring, almost incestuous, bachelor uncles. At twenty she married Willy Grenfell, later Lord Desborough, a genial sportsman. Beautiful, rich, charming and clever, Ettie soon became the centre of the Souls, arbiters of wit and elegance, and a leading hostess at the two magnificent country houses she had inherited. Leading politicians, writers and artists were very much part of her circle. This was the Engl 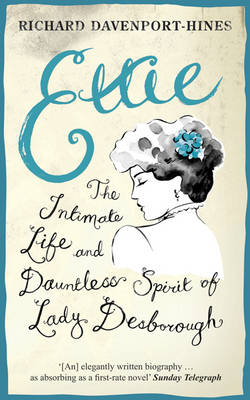 and of country-house parties, separate bedrooms and well understood liaisons. Ettie was soon having affairs. But there was a dark side too, as this book will reveal. Ettie could be manipulative and cruel, and her husband increasingly took long holidays abroad. Her eldest son Julian, after a nervous breakdown at Oxford, rejected her world and values. Nemesis and tragedy were not far away. In 1915 Julian died of war wounds. Six weeks later her second son Billy was killed in action. Her youngest son Ivo would be killed shortly after the war. Other deaths on the Western Front – of lovers and younger admirers – hurt her terribly too. But despite intense private misery, she reacted with outward courage and self-mastery. Grief revealed the greatness of her spirit. In the 1920s and 1930s she continued to collect new types, especially gifted young men, relishing people of all ages up to her death in 1952, a redoubtable survivor from a vanished age. – Source

Released last August in hardcover in the UK, a softcover US edition is scheduled for release this October.

2 replies on “Ettie: The Intimate Life and Dauntless Spirit of Lady Desborough”