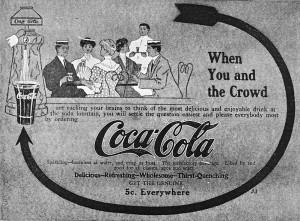 4 replies on “Happy Birthday to Coca-Cola!”