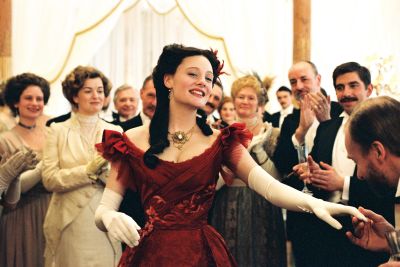 Even though I find the eponymous heroine of Francois Orzon’s Angel (2007) ridiculously over-the-top and deluded, I identify with her fierce desire to become a published writer (what was it Derrick Jensen said? “Writing is really very easy. Tap a vein and bleed onto the page.”). Also, having just completed a manuscript and moving into the fairly early stages of revisions and edits, I am a few steps closer on the path of publication. I’ve already blogged about the publishing industry in the Edwardian era, but now I turn to the aspiring author of the period, particularly those of the female sex who, by the strictures of the day, were placed in a nebulous category of both praise and disapproval, particularly when the woman author was the family breadwinner!

The advice given to aspiring authors, young writers, older writers, etc etc is remarkably similar to that of today: 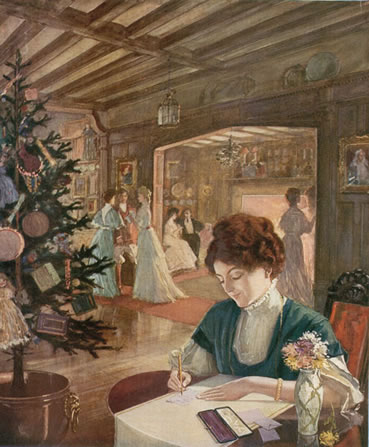 Steps That Lead to Success

The standard of every writer should be aimed at perfection. While this seems too high, it can be reached by three steps; rejections, criticism, persistent hard work. They come in the order named. If you take them one after the other as they come, you will reach the top.

Rejections: Study each ’til you have learned its lesson; it has one. Learn it before you leave it. The rejection is the ‘criticism of the final judge and the verdict is “wanting.” It is for you to discover the defect. This will be your most valuable experience. If the story had been accepted, you would never have gained it.

Criticism: The honest, capable critic who points out the faults of your work so plainly that you can see them yourself, is your best friend. If you could see the faults yourself they would not have been there; so the critic is giving you valuable knowledge which will help you to reach the top. All the praise your work deserves will be covered by the check you receive when it is sold, it will merit no praise not carried by the check. Friends who praise are a detriment. They are usually incompetent and their praise gives the unlucky recipient a wrong estimate of the value of the work. A writer’s pride should consist, not in being able to write a story, but in being able to write a good story; not in the fact that work is being done, but in the fact that it is being well done.

Persistence: You must keep trying till you learn wherein you are lacking; in what your mistakes consist. You must keep working, as this is your only way to gain experience. “Without experience you can not write good stories, and you can not sell poor ones. Your hard work must consist of study as well as writing.

Do not mistake valuable helps for obstacles. There is no other mistake you are so likely to make as this, and none that will do you so much harm. Don’t get discouraged when you are being helped; that’s foolishness. Don’t desire praise that you do not deserve; that’s vanity.

When one has learned to write, one has to find a market. Knowledge comes first, but “the way of putting things” must come close after, or nothing goes. Tact counts here as in social life. Without tact one might as well give up at the start. To study the market after one has something to sell is of vital importance. One of the best helpers, next to the carefully prepared Mss., is “1001 Places to Sell Manuscripts.” No young writer can afford to be without it or some other guide unless he lives in New York close to the market, and has time to give personal attention to disposing of his manuscripts.

Using the typewriter in preparing Ms. and retaining one copy to guard against accident, is another lesson that is sometimes learned in the hardest way.

One must cultivate an esprit du corps. It is a good thing to belong to a real press club, to an authors’ guild, to a progressive, working literary society; but too much of this is a hindrance rather than a help. Literary people should cultivate an acquaintance with some of their kind for the sake of unbiased criticism and sympathy. No one can live to himself here more than in the world. Sympathetic companionship is good for the literary soul. George Eliot’s literary capacity expanded under Lewes’s companionship and sympathetic interest most wonderfully, in spite of their anomalous position to the world. 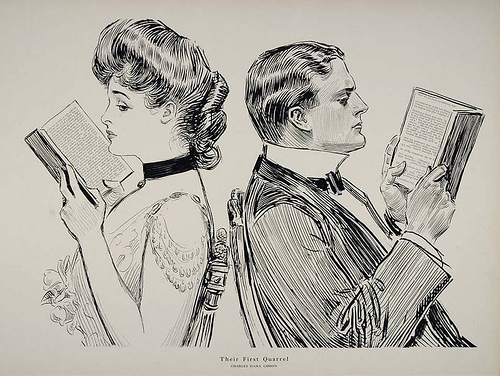 [R]ead more than you write. You can hardly read too much. Read everything that interests you, travel, essays, biography and poetry, but do not too closely confine yourself to the successful writers of to-day. Draw from the deep wells of pure English furnished you by the standard authors of the language.

Read the best authors of other languages. The successful novelist of the twentieth century must know both literature and life. If you would have this assertion verified, read, for example, the wonderful pages of one of the most eminent and conspicuous of the hour’s successful writers, Mrs. Humphrey Ward. You will discover that Mrs. Ward knows history, art, politics, religion and human nature. If you are a girl in the early twenties you have not yet lived long enough to compete with any one who has been graduated in so various and profound a school. You may begin your apprenticeship as Mrs. Ward did and as others have done, by much study, much reading and by careful writing

Of the advice given to authors from popular authors of the day, I found this piece from the response of Oliver Wendell Holmes to an anxious young writer the most pertinent:

Dear Sir :—You seem to be somewhat, but not a great deal, wiser than I was at your age. I don’t wish to be understood as saying too much, for I think, without committing myself to any opinion on my present state, that I was not a Solomon at that stage of development. You long to “leap at a single bound into celebrity.” Nothing is so commonplace as to wish to be remarkable. Fame usually comes to those who are thinking about something else,—very rarely to those who say to themselves: “Go to, now, let us be a celebrated individual!” The struggle for fame, as such, commonly ends in notoriety ;—that ladder is easy to climb, but it leads to the pillory which is crowded with fools who could not hold their tongues and rogues who could not hide their tricks.

Criticism, friction, failure, seem wisely designed to test, strengthen, and temper ones staying qualities. And it were wiser to hold ones real opinions in reserve than to get rid of a situation before another is in sight. To sum up this whole business of success, an accident may help to bring it about or an accident may retard its progress; but work, work, work, must tell in the long run, if ones power is so carefully applied as not to be wasted. Stick to your ideals, though it blows all things blue! Let nothing throw you off your balance if once you have resolved to make the race. You must win something. Even your “-failures” will begin to prove stepping-stones to a final success.