Writing is always a risk. People say to “write what you know,” which is safe advice to be sure, but fiction will inevitably push these boundaries. For me, the history is what I know, so the history is where I start. But sometimes plot bunnies lead me down dangerous plot burrows.

A few years ago, I was trying to find an American source to describe the entrance into Manila Bay via steamer ship. One of the best I found was written by a traveler named Annabelle Kent:

…we were hardly outside the harbor before it became very rough, the flying spray beat against the saloon windows, and it was necessary for our chairs to be lashed to the rail. I am never sea-sick, but once ensconced in my steamer chair, it seemed best to stay there, and it really was a delight to sit there snugly wrapped up from the flying spray and watch the huge waves thundering around our little boat, which rode them like a bird….Before [landing] I had gone down to the cabin to do the repacking for my sick roommate and myself. This was no joke; with the trunks sliding around with every movement of the ship, I had to dodge the one while I held on to the other and crammed things into it.…

— Round the World in Silence

Wow, now that’s evocative writing. Why was Ms. Kent so impervious to seasickness, I wondered? I went back to the beginning of the book to read this: “I would like to show others, as well as my deaf brethren and sisters, how much pleasure and profit one can get through travel not only in Europe, but the Orient. I am not merely hard of hearing, but entirely deaf.”

What is the connection between deafness and intrepid water travel? Apparently, those with a damaged vestibular system are far less likely to be seasick:

The US Navy ran an experiment in the 1960′s where they put a few Deaf men…in a window-less galley of a ship in the middle of a horrendous storm off of Newfoundland. As the ship tossed, the Deaf men sat at a table and played cards. Meanwhile, every Naval scientist became seasick.

There is a nice sort of justice there. As I read more of Ms. Kent’s book, I learned how she circumnavigated the globe—part of the time with friends, but mostly with complete strangers, all without a sign language interpreter. One of the most adventurous women of her era, Ms. Kent was perfect material for a romance heroine!

But, wait. Hold on. What do I know about deafness and Deaf Culture? Watching movies doesn’t count because they are so often written by the hearing. As blogger Charlie Swinbourne wrote about deafness in the movies:

On one hand, it’s exciting to see characters like yourself represented on screen. On the other hand, you get the FEAR.

Fear of what? Well, of the deaf character being hard to understand (especially if they’re being played by an inexperienced signer), or of their presence in the story being insubstantial and throwaway.

Worst of all, you get the fear of their appearance on screen being unrealistic, making it hard to believe in, and enjoy the story.

Swinbourne proceeds to list the top ten errors from real films. Some of the errors are obvious: a person cannot lipread when he or she is turned away from the speaker, or while sitting in the dark, or at night, and so on. And, yet, these things happen in movies all the time. If I have managed to avoid any of these pitfalls (eh…I did okay, but not perfectly), it was because of Mr. Swinbourne’s blog, The Limping Chicken, and other sources. (Also, see his own films here.)

Could a deaf writer have written my character, Della Berget, better than me? Yes, no doubt. Are there better books out there about Deaf Culture? Uh, like every one written by someone hard of hearing. But the story of Hotel Oriente, the opening novella of the Sugar Sun series, was grounded in history, and that is my comparative advantage. I decided to take a risk and write Della as best I could. Of course, this meant research.

I found out some interesting aspects of deaf education at the beginning of the 20th century:

Since there are no other deaf people that Della knows in her corner of Manila, there is no real treatment of Deaf Culture and its rewards, nor would I be the best person to translate these ideas to the page. Still, I would consider Hotel Oriente a form of cross-cultural romance, like my other books. ‘Cause that’s my jam. 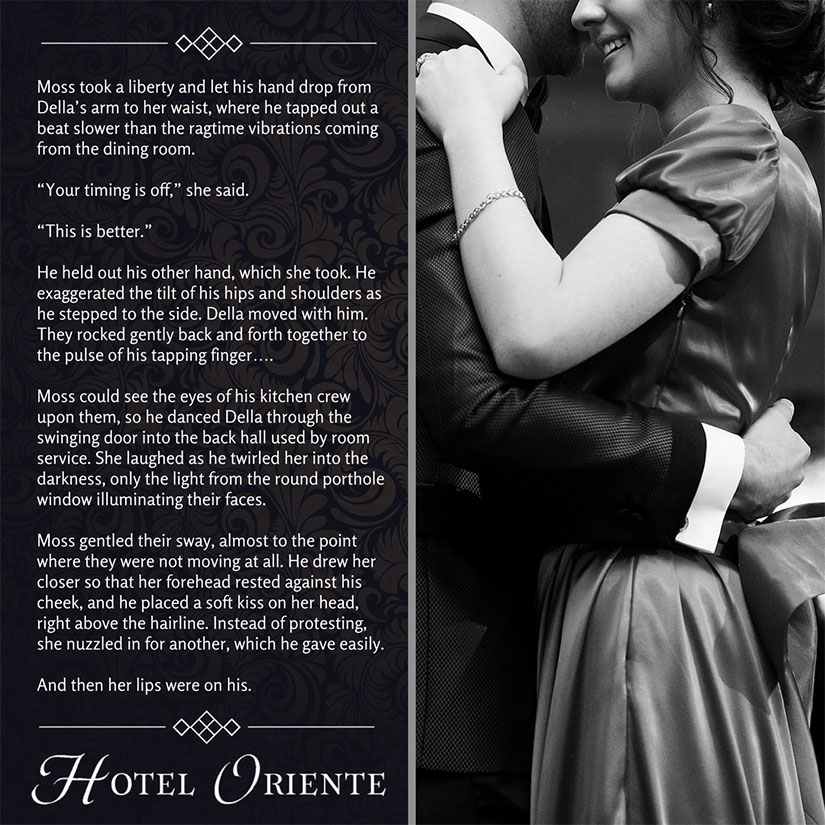 If you want to read more about how I wrote Della, you will find an expanded version of this post on my author website, JenniferHallock.com. Thank you for reading!