Coming March 1st is, Scandalous Women: The Lives and Loves of History’s Most Notorious Women, the debut non-fiction book written by longtime blogging-friend, Elizabeth Kerri Mahon! Hopefully her name won’t remain unfamiliar for long, but she runs the amazing and incredibly addictive blog, Scandalous Women. Check out her naughty, but gorgeous cover! 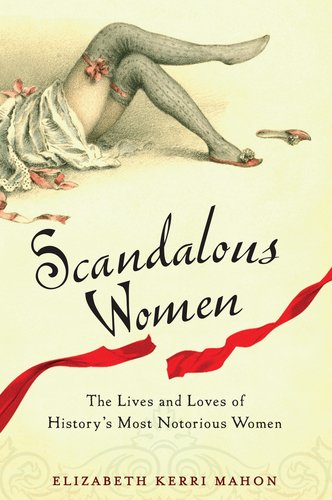 From the Amazon.com description:

Throughout history women have caused wars, defied the rules, and brought men to their knees. The famous and the infamous, queens, divorcées, actresses, and outlaws have created a ruckus during their lifetimes-turning heads while making waves. Scandalous Women tells the stories of the risk takers who have flouted convention, beaten the odds, and determined the course of world events.

2 replies on “Must Read: Scandalous Women by Elizabeth Kerri Mahon”