A native of the Isle of Jersey, that same island from which the equally alluring Lillie Langtry sprung, Elinor and her sister Lucy, who became the first socialite couturier Lucille, also came from humble backgrounds to take London society by storm. Glyn turned to writing after her marriage to landowner Clayton Glyn soured due to his spendthrift ways and their incompatible personalities. She quickly produced a series of light, frothy peeks into high society that proved successful with the public: The Vicissitudes of Evangeline (a series of vignettes detailing a young debutante’s observations of the love affairs of high society, which scandalized the reading public not by its subject, but by a scene where Evangeline is described as becoming in her lingerie!), The Visits of Elizabeth and its sequel Elizabeth Visits America, The Reflections of Ambrosine and The Reason Why. 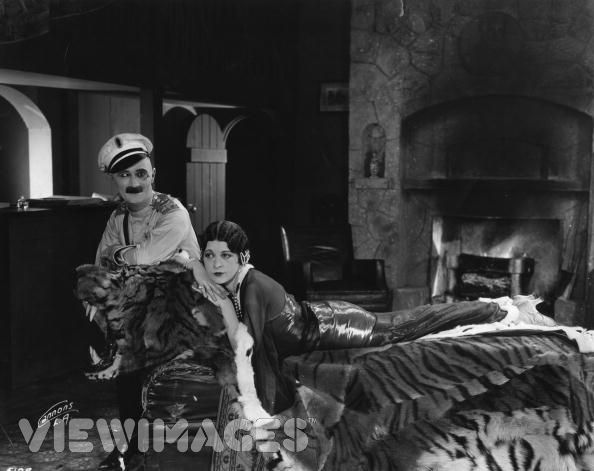 It wasn’t until she published Three Weeks however, that Elinor Glyn began to rhyme with sin. Three Weeks was the story of a clandestine affair between Englishman Paul Verdayne and a mysterious older woman he meets while on vacation, whom he only knows as “The Lady.” The most sensual and enduring scene which made Elinor immortal took place on a tiger skin, which inspired the doggerel:

Would you like to sin
With Elinor Glyn
On a tiger skin?
Or would you prefer
To err with her
On some other fur? 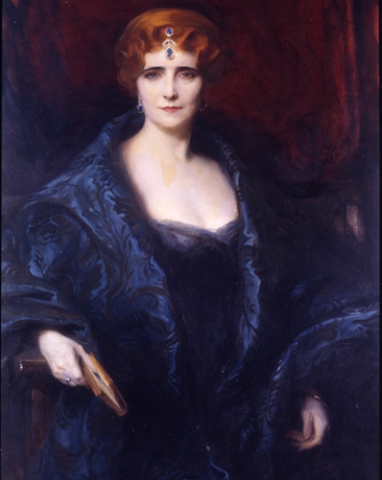 The resulting scandal “helped to ensure worldwide sales of more than five million in the 25 years after it was first published.” The furor surprised the demure Mrs. Glyn who, in an article with the New York Times, mere said she merely attempted to “show what an educated Slav in love would think and do.” Because of this book, Glyn was considered the leading expert on romance, passion and sex, and was asked around the world to discuss such topics, where she left audiences of both men and women hanging onto her every word as she uttered such pronouncements as “Love is a trinity–body and soul and the desire to reproduce love’s image.” In time, Elinor’s flamboyant persona and flair for words brought her to Hollywood of the 1920s where she promptly coined another enduring word: “It,” that is, the innate sexual appeal some people had and most others didn’t. “It” was the title of her 1927 release and also that of a movie adaptation starring Clara Bow, which helped Glyn parlay her Edwardian success far past that era, where she convinced the cynical post-Great War generation that theirs was not the only period for love and sin.