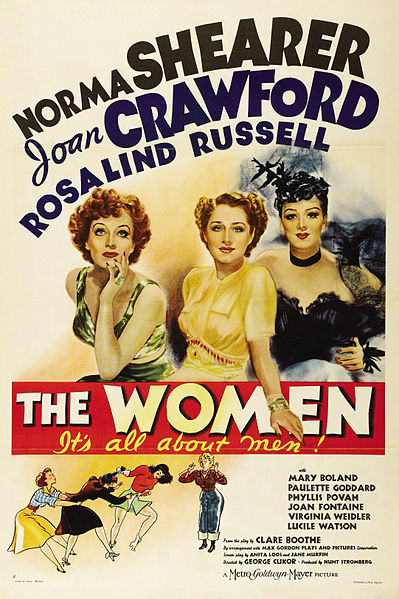 If you’ve seen 1939’s The Women (and if you have not, what is stopping you!? *g* ), you’ll remember the section of the film where Mary Haines (Norma Shearer) travels to Reno to obtain a divorce from her cheating husband and discovers an entire colony of almost-divorcees.

Not only was this not fictional, but by the 1930s, Reno had been the divorce capital of America for thirty years. Unlike in England, whose divorce laws remained expensive, lengthy, and difficult to obtain (Scottish and Irish laws were different, of course), divorce could be quite easy to obtain in the United States, and for the most part, there were no separate divorce grounds for men and women.

By the late 19th century, the Wild West wasn’t just wild because of its outlaws, cowboys, and cattle, but because you could escape the laws of the “civilized” East Coast in territories eager for revenue and population. Unhappy spouses soon discovered they could set up residence in such places as Sioux Falls or the Oklahoma Territory and after a few months, poof! went their marriage.

The ease of divorce also attracted foreigners, most notably the 2nd Earl Russell, who was tried for bigamy in the English courts after he obtained a Reno divorce and married an American divorcee. He was thereafter known in Edwardian society as the “Wicked Earl” and lobbied long and hard for the reform of English divorce laws.

Sioux Falls began its life as the premiere divorce colony in the 1880s when news of the 90 day residency law and the leniency of judges towards testimonies attracted thousands of people to the city, “with the resulting divorce rate in Minnehaha County during this period being nearly three times that of the national average.” Despite the notoriety divorce brought to Sioux Falls and the neighboring Fargo, the constant influx of people spurred the growth of the cities, bringing developers and businesses to town to cater to the temporary Dakota residents.

However, once Sioux Falls was built up, permanent residents and politicians wanted respectability (the population jumped from 2,162 in 1880 to 10,266 in 1900!), and eventually, residency laws were tightened to one year in 1907. Nevertheless, by then, another Western city popped up to fill the demand for quickie divorces: Reno, Nevada.

Nevada’s divorce laws were already known to be rather lax, but it was the arrival of Mrs. William Corey, wife of of the President of U.S. Steel that put the city on the map. Corey had taken up with actress Mabelle Gilman, and his public courting of Gilman caused a scandal. Rumors about Corey marriage flew fast and thick in the nation’s newspapers, and in 1905, it was said Mrs. Corey agreed to not sue for divorce for $1,000,000 as “assurance … that the friendship between him and Miss Mabelle Gilman, the actress, has been broken and will not be renewed.” Corey obviously broke his promise, or Mrs. Corey was fed up with the humiliation, and her divorce from the millionaire US Steel magnate was surprisingly as high profile as Hollywood divorces were to become by the 1920s.

Almost immediately the name Reno became synonymous with divorce, and its six month residency law became renowned across the world. Coupled with the growth of gambling, this was Sin City before there was a “Sin City” (Las Vegas, which was then a dusty, sleepy stop on the way to California). By 1913, under pressure from politicians and moralists, Reno’s divorce laws tightened and the residency law was extended to one year, going into affect on January 1, 1914. However, this wasn’t the end of Reno’s divorce colony, for this was but a temporary amendment, and by the 1920s, Reno had returned to its preeminent status as the place to obtain a quick divorce.

It saved itself from the depths of the Great Depression by lowering the residency status to a mere six weeks in 1931, and became known as a “Divorce Mecca”. On a closing note, I must add that these divorce colonies were not populated solely by women–in fact, divorce was easily obtained out West because of men who moved out there and discovered that their wives were not inclined to follow them. Why waste time coaxing one’s wife to join you when you can divorce her and wed a woman already living in Colorado or Idaho?

Further Reading:
Sioux Falls Divorce Colony
“Money versus Morality: The Divorce Industry of Sioux Falls” by Connie Develder Schaffer
Divorce: An American Tradition by Glenda Riley
Back When Divorcing Was Hard, Some States Found a Way to Profit
Till Divorce Do Us Part
The Divorce Seekers: A Photo Memoir of a Nevada Dude Wrangler by William L. McGee