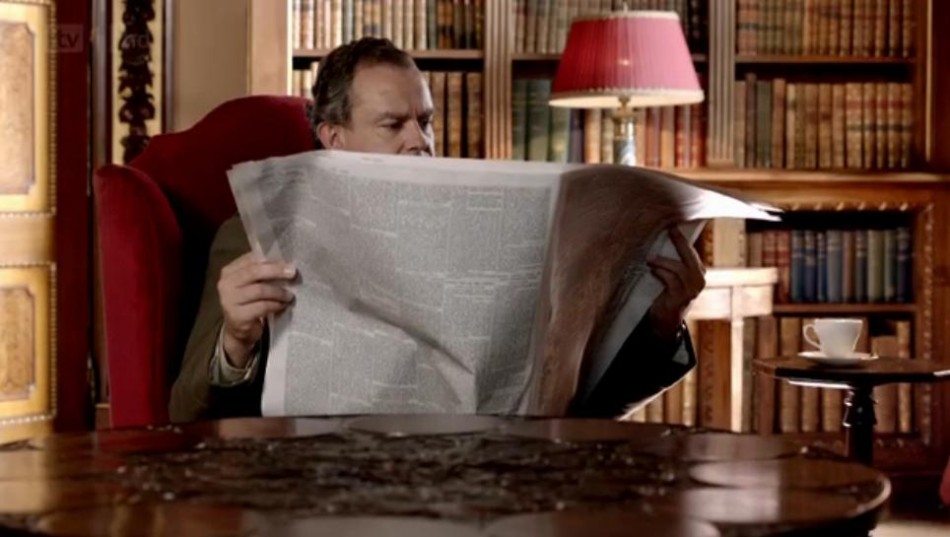 In the beginning, newspapers were, as a rule, the property of their printers. “All communications should be addressed to the Printer” is a notice to be found in most of them. During the nineteenth century the Editor, who was also the principal writer, began to put the paper together. To-day there is an Editor-in-Chief who has little to do with the writing, but much to do with planning and deciding, supported by a Managing Editor, Foreign Editor, Assistant Editors, and Sub-Editors, he receives yet further help in the shape of Technical Editors and Sub-Editors who have special knowledge of literature, art, music, sport, finance, the cinematograph, and last, but by no means least, the affairs and concerns of women.

At half-past nine each morning the Sub-Editor who has been watching the telegrams and telephones since three a.m is replaced by the first of the Assistant Day Editors who begin to form the plan of the details of next day’s journal, much of which, and especially that part of it dealing with far-away parts of the world, has been already arranged for by cabled instructions.

These News Editors, who form a continuous chain through the twenty-four hours, must be men of judgment and quick thought. They must know the locality and capacity of every foreign correspondent, and the qualities of every reporter and special writer.

They must always have before them the ideals of the paper. In the case of The Daily Mail they must always have before them National Health, National Efficiency, Increased Production, Agricultural Development, Good Relations among English-speaking peoples, and the other ideals which, year in and year out, are propounded by The Daily Mail. Only reporters with skilled technical knowledge of these subjects can properly handle them; Sub-Editors also possessed of knowledge of them alone can efficiently revise them at night. The reporters having been despatched on their early missions, and the first telegrams having been sent ts provincial and foreign correspondents, a pieliminary conference of the chief heads of the undertaking meets at noon, to discass policy and plans.

In the old days the use of the editorial ” We ” was a misnomer. “We” then represented, as a rule, a one man staff, and very often that man, as often at present, was the mere tool of a political party, or of other private interests. The editorial “We” is justified to-day, because the policy of no paper can be the work of one man. The modern newspaper deals with fifty subjects for every one treated by a news journal of the mid- Victorian days. The daily journal of to-day has to suit its contents to the locality very accurately.

If we examine, for example, the edition of The Daily Mail for the Continent and North Africa, published in Paris, we find that at least two pages each day must of necessity be devoted to subjects not dealt with in the British editions. It has to pay great attention to the changes in the starting of trains and steamers; to life in all the French, Italian, Swiss, and other resorts, and to travel generally. It must needs give a large proportion of American news, provided by Americans and revised by an American.

At four o’clock comes the technical conference dealing with next morning’s newspaper. This conference is attended by some of the night staff, who are to carry on the work of the day men. The liaison with all concerned in the production of a newspaper must be of the closest. Misunderstanding, friction, intrigue, and what the Americans call “office politics” are fatal.

At The Daily Mail no man is appointed to the Board of Directors unless he has proved himself to his fellow Directors that he is an expert in his particular department, and easy to get on with. At the noon conference plans that may, or not, mature months ahead are often discussed. At the afternoon conference it is strictly the next day’s paper that is dealt with.

At six o’clock comes the Editor-in-Chief, the man of “Yes” or “No,” who, having the full responsibility upon him, must have the final decision. Nor does his responsibility end when he leaves the office. Connected by a private telephone line at home, he can be called up in any emergency. The paper has always at its service a number of experts, who
are not necessarily journalists at all, but who can be consulted by telephone on scientific, medical, and other technical matters. The telephone has been, indeed, an immense aid to journalism generally. The efficiency of the modern newspaper could not exist without it.

Concurrently with the arrival of the early Day Editors come the great staffs of clerks, many of them with particular technical knowledge of production and distribution ; also the accountants, and many other clerical assistants. The Manager is at the head of these.

The system of Conferences introduced to daily newspaper production by The Daily Mail is carried on in many of these departments. There is really nothing new about them. They are as old as Caxton.

How News Is Handled

The news is sent during the evening to the sub-editors’ room. It is the business of this department to put everything of a news nature that is, apart from editorial and literary articles and the like into the shape in which it will actually appear in the next day’s paper; to verify all references, and to supply all necessary additional facts. There are no watertight divisions in Carmelite House. If one department can do a thing helpful to the other, it promptly does it.

When the news is sub-edited it is taken to the Manchester room, where it is immediately sent by a Creed transmitter over a telegraph wire to Manchester. This Creed transmitter is an exceedingly ingenious apparatus. A dozen men operate instruments with keyboards like typewriters, copying the articles sent from the sub-editors’ room. These are reproduced in the form of a long tape with a treble line of punched holes. The tape is run through another machine, similar to a Wheatstone instrument, driven by an electric motor, and a facsimile tape is simultaneously reproduced in the Manchester office. This Manchester tape is then passed through another apparatus which automatically typewrites it in ordinary roman letters.

One hundred and thirty words a minute can be transmitted from London to Manchester in this way. In other words, a column of matter in The Daily Mail can be sent in about ten minutes. Advertising pages, special articles, and the like, which can be prepared in advance, have already been set up in the composing-room in London earlier in the day, and sent to Manchester in moulds by train.

2 thoughts on “The Inner Workings of the Daily Mail”