At the turn of the century, Sunny and Consuelo had yet to reach the pinnacle of their loathing for one another, but their marriage had grown uncomfortable enough for society to notice the mounting tension between them. An outlet was necessary to relieve tension, and this opened the door for the dramatic entrance of fellow American heiress Gladys Marie Deacon (pronounced Glay-dus).

The daughter of Boston aristocrats Edward Parker Deacon and Florence Baldwin Deacon, Gladys and her three younger sisters, Audrey, Edith and Dorothy gained notoriety at a tender age when their parents became embroiled in a homicide/divorce case that nearly caused an international contretemps between France and the United States.

Though Edward received custody of his three young daughters (Dorothy remained with Florence), the divorce and subsequent custody battle had sapped him of strength and he was committed to a mental health institute in 1897. Gladys, Audrey and Edith trooped dutifully back to their mother, who had reverted to her maiden name of Baldwin. Gladys spent the remainder of her adolescence in Europe, which allowed her to make an easier transition from girl to worldly debutante than most American girls brought over to marry a title. For one thing, Gladys had no incentive to marry. She was wealthy, well-fixed regarding social status despite her parents’ wretched divorce, and her mother was preoccupied with keeping her new lover happy, all of which permitted her an independence from meddling matchmaking many of her contemporaries would envy. 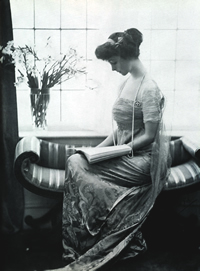 She was also dazzlingly beautiful, charming and erudite. By age twenty-one, Gladys had conquered London and captured the attention of the most sought-after bachelors in society–including the Crown Prince of Germany, whose gift to Gladys of a royal antique nearly caused a diplomatic scandal. Perhaps it was the challenge of the unattainable, the lingering childhood fantasy (on the day of Consuelo’s wedding, her diary notes her lamentation at being too young to catch Sunny), or maybe the friendship began innocently enough, but within months, Gladys had become an integral part of the Marlborough marriage–a shoulder for Consuelo to lean on when Sunny’s beastly behavior became too much, and an attentive, awed listener to Sunny’s overweening pride in Blenheim and his illustrious heritage.

Of this point in her life, Consuelo’s memoirs are frustratingly opaque, noting only “I was soon subjugated by the charm of her companionship and we began a friendship which only ended years later,” calling her “beautiful and alluring.” Judging by the copious accounts of her doings, Gladys was beautiful and alluring, but she was also a vain perfectionist, obsessed with the “kink” in her nose that kept her from possessing a perfect Grecian profile–an obsession that led to the ruination of her beauty before she was yet forty. No proof of a physical relationship between Sunny and Gladys exists, but before long, the combination of their inseparability and the continuing warm relations between Consuelo and Gladys both baffled and fed the gossip mill. This triangle waltzed on for many years until 1906, when Consuelo began to take the necessary steps for divorce. 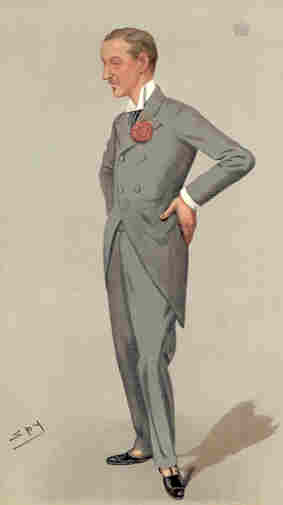 This was a bold action for the time, as divorce was very difficult to achieve under English law, and it would be socially devastating. Pressure against the divorce was placed on Consuelo and Sunny from all avenues–the King, Consuelo’s father, Winston Churchill and his mother Jennie–but both were adamant: they hated the sight of one another and the thought of being yoked forever was repugnant. Because of their difficulties in obtaining a divorce, the Duke and Duchess of Marlborough decided on a formal separation and joint custody of their sons. Not surprisingly, Gladys’ name was conspicuous by its absence in the press, as well as gossip concerning Consuelo’s aborted elopement with Viscount Castlereagh.

The post-war years witnessed a mellowing reaction to divorce, and a woman could now sue her husband on the grounds of desertion, provided she could also prove he spent a night at a hotel with another woman. To comply with the law regarding the divorce of a separated couple, Sunny and Consuelo went through the farce of moving in together for a few days and he then repudiating her desire for conjugal rights in paper. Consuelo and Sunny officially divorced in 1921, and after obtaining an annulment from the Pope (as Sunny had converted to Catholicism and the Balsan family viewed the marriage between Consuelo and Jacques as unsanctioned due to her divorce), Gladys finally became the (2nd) 9th Duchess of Marlborough at age 40. Ironically, after a clandestine relationship of nearly 20 years, their marriage deteriorated soon after the wedding, and relations between the two were so strained, supper was eaten with a loaded pistol at her plate.

Gladys became increasingly eccentric with the passing years. She bred Blenheim spaniels and allowed them to defecate all over the palace. The injection of wax in the bridge of her nose ruined her beauty as it slid down her face to rest in her chin, which aged her prematurely with discolored jowls, and she refused mirrors in the house. Dissatisfied, angry, and unhappy, Sunny took refuge in the cold cruelty he used as a shield all his life and abandoned Blenheim to Gladys, avenging himself by cutting first her funds, and then the electricity, sparking newspaper cartoons portraying the Duchess of Marlborough cooking over candlelight. Sunny died of cancer in 1934, and Gladys was no longer chatelaine of Blenheim Palace. It was said she left the estate with as much glee as Consuelo during her own departure, but by that time, Gladys had become a true eccentric, living in a haphazard manner until her death in 1977. As for Consuelo, she lived through equally tumultuous, though less tragic times, escaping Nazi-occupied France with her husband and settling in America. She was widowed in 1956, and when she died in 1964, she shocked her family to its toes by requesting to be buried in Bladon, near Blenheim Palace.

13 thoughts on “An Aristocratic Ménage: Consuelo, Sunny and Gladys”