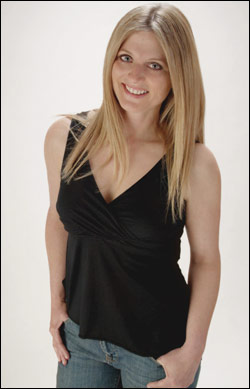 LAURA LEE GUHRKE spent seven years in advertising, had a successful catering business, and managed a construction company before she decided writing novels was more fun. When she’s not tapping away at her keyboard, Guhrke spends time relearning how to ski, mastering the wakeboard grab, and trying to actually hit a golf ball.

What sparked your desire to set your upcoming trilogy in the Edwardian era? Did you or your editor experience any trepidation over moving into this long “tabooed” time period?

I wanted to write a heroine with a motorcar. I always like to write about women who are strong and independent, and the whole motorcar motif worked really well with my type of heroine. Each heroine in the series has a car. As to the Edwardian era, I’d been wanting to write in this time period for ages, but I just hadn’t gotten the right idea to work from. As to Avon, from the moment I first presented the idea to them, they’ve been incredibly supportive. 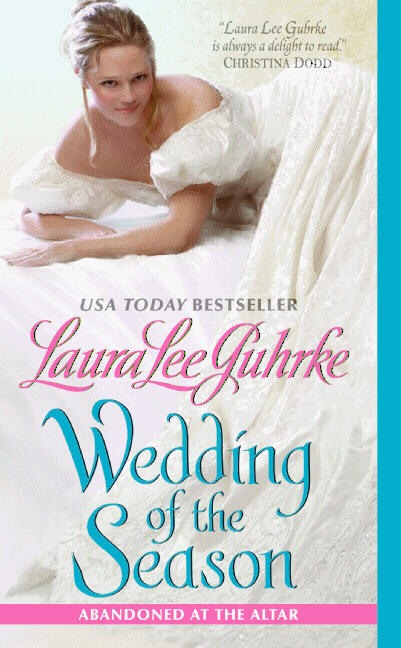 I don’t see much difference. Eras may change, but people don’t. Strong women in 1817 are the same as strong women in 1902. The main reason I jumped around so much was that I wrote whatever came to mind, without any regard at all for the marketing aspects. But nowadays, no author can afford to do that, and it’s all worked out. Late Victorian-Edwardian is my niche, I think. I love it.

Wedding of the Season and Scandal of the Year share the same premise—jilted lovers. What inspired you to explore this premise in two different books (and from a woman’s point of view, and then a man’s)?

I never know what inspires me. I just get a glimmer and if I feel a spark, I start chapter one. Being dumped is a universal thing everyone can relate to. Because it’s such a universal thing, and an emotional roller coaster, I wanted to explore the whole rejection dynamic. There are three stories in the Abandoned At The Altar series, and in all three, someone is dumped on the eve of their wedding and has to figure out how to go on with life afterward.

Was it difficult to write two books to be published back-to-back, and with connecting characters?

Incredibly difficult, especially since I hate plotting anything in advance and all three books overlap and merge in time. For example, in SCANDAL OF THE YEAR, there are flashback scenes that overlap events in WEDDING OF THE SEASON. There’s also a scene in SCANDAL that shows the hero of the third book (as yet untitled) in the middle of his story. 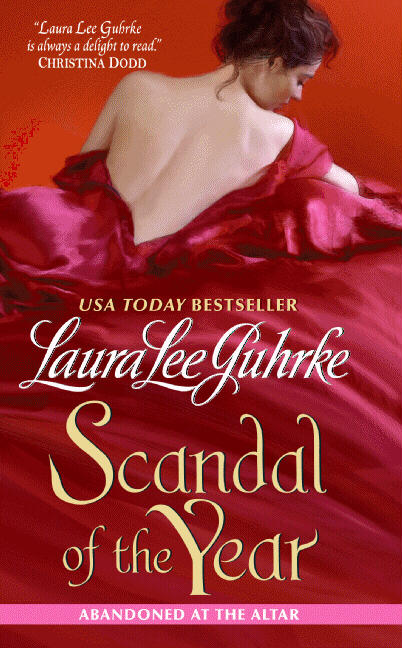 Some writers describe themselves as hero-centric or heroine-centric. Would you consider yourself to fall in either category? What themes do you find you explore time and time again in your novels?

I’m the same way every time. I write the story, wherever it leads. To me, it has nothing to do with gender and everything to do with the story. I focus on what the characters I’m dealing with are all about. Sometimes, the idea is more hero-centric, or heroine-centric, but either way, I always try to stay true to what the characters demand. As to themes, I do have a soft spot for certain plot lines. I love boss-secretary romances! I could write that theme over and over and over. I love the under-appreciated, taken-for-granted heroine who rebels against her arrogant employer, and when she leaves, his whole life falls apart and he has to get her back. What’s not to love about that? I also love childhood sweethearts. There’s something so sexy about a hero who has always been a sucker for the same girl.

You, Evangeline! I also like newspapers from the time I’m writing in. And novels contemporary to the period. You get a true, authentic feel for the era that way.

Did you discover anything unusual or fun about the early 1900s?

The most surprising thing was finding out how many things were being used that one might think came later. The electric doorbell, for instance. The Edwardian era is challenging because new inventions and advances were coming so fast, one right on top of another, and you have to really research not only what was invented, but what was available to the characters, and what was in common usage. Sometimes, of course, you do have to take fictional license because the information you need is just not available or easily obtainable.

Do you plan on remaining in the Edwardian period after you complete your trilogy?

I think I’d like to stick with this time period for a while. I’m really liking it. And I want to do a character with an airplane!

What do see next on the horizon for your writing career? Anything else you’d like to add?

I have no idea what’s next. It depends on the idea, and right now, I don’t know what will spark me creatively. We’ll just have to wait and see.

Thank you Laura for your candid and humorous interview! Visit Laura’s website, where you can read excerpts from the Abandoned at the Altar series, “about devilish dukes and the women they love.”