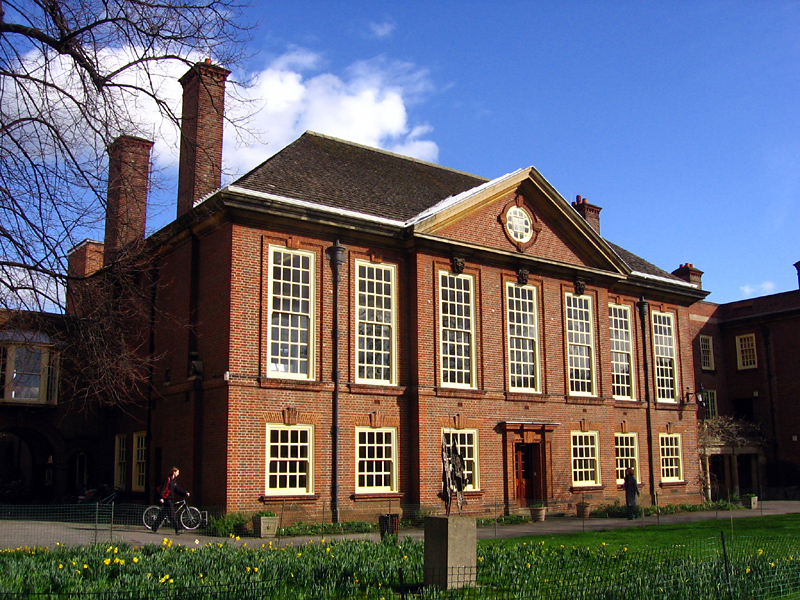 The agitation for education for all classes, also extended to higher education for women. At Oxford, lectures and classes were started for women in 1873, and examinations were instituted for them two years later. In 1878, a group of English liberals formed the Association for the Higher Education of Women, whose aims were pretty self-explanatory. The association split over religious differences, with those aspiring for an Anglican institution founding Lady Margaret Hall. The group reformed the following year to found Somerville Hall, “in which no distinction will be made between students on the ground of their belonging to different religious denominations.” 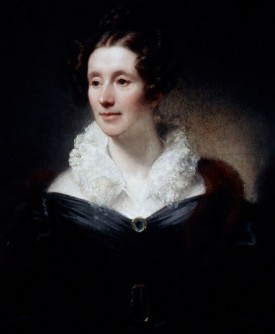 The Hall was named for the recently-deceased Scottish mathematician and scientist Mary Somerville, who defied 19th century prejudices towards educated women and exhortations that women could not balance marriage and motherhood with a profession. A self-taught science writer and polymath, Somerville published The Mechanism of the Heavens in 1831, and her best-known book, On the Connection of the Physical Sciences in 1834, which brought the achievements of great contemporary scientists to the attention of a wider public. In 1835 she became one of the first women members of the Royal Astronomical Society, and in 1869, she was awarded the Victoria Medal of the Royal Geographical Society. She was also the first person to sign John Stuart Mill’s 1868 petition to Parliament in support of women’s suffrage.

The institution opened in the autumn of 1879 with twelve students and under the leadership of its first Principal, Madeleine Shaw-Lefèvre, sister of a Liberal MP, and daughter of Sir John Shaw Lefevre, a former Vice-Chancellor of London University. According to Miss Shaw-Lefèvre’s diary “for the first few years two cows and a pig formed part of the establishment, but these were later replaced by a pony and a donkey which might be seen disporting themselves in the field, adding to the picturesque and homely character of the place”. Under her ten-year tenure, Somerville Hall enlarged from a hall of residence to a large block of buildings erected to the west in 1886-87, from the designs of H. Wilkinson Moore. During the tenure of the Hall’s second Principal, Agnes Catherine Maitland, the number of students rose from thirty-five to eighty-six, and the buildings were proportionately extended. She developed the tutorial system with a view to making Somerville a genuine college and no mere hall of residence, and she urged the students to take the full degree course so as to prove their title to the degrees. Somerville was the Hall become the first of the women’s halls to adopt a qualifying exam for candidates (1891), and in 1894 it was incorporated as the first women’s college in England.

Somerville and Lady Margaret Hall were joined soon after by St. Hugh’s Hall (1886) and St. Hilda’s Hall (1893), though women students had the option of belonging to the Society of Home Students, which comprised students who resided in private families and were supervised by the council of the association. In 1884, “honour moderations and final honour schools of mathematics, natural science, and modern history were opened to women, and from time to time admission to the examinations of other schools was granted, but it was not until 1894 that they were free to present themselves for examination in all the subjects in which men may take the B.A. degree.” However, women remained ineligible for degrees, and Congregation rejected a proposal, in 1896, to admit women to degrees or to grant them diplomas recording their success in the final schools examinations. Nonetheless, these colleges, and their sister colleges at Cambridge, Girton and Newnham, struck the first blows at the prejudice against women’s higher education, and prepared a new generation of women for a liberated life.