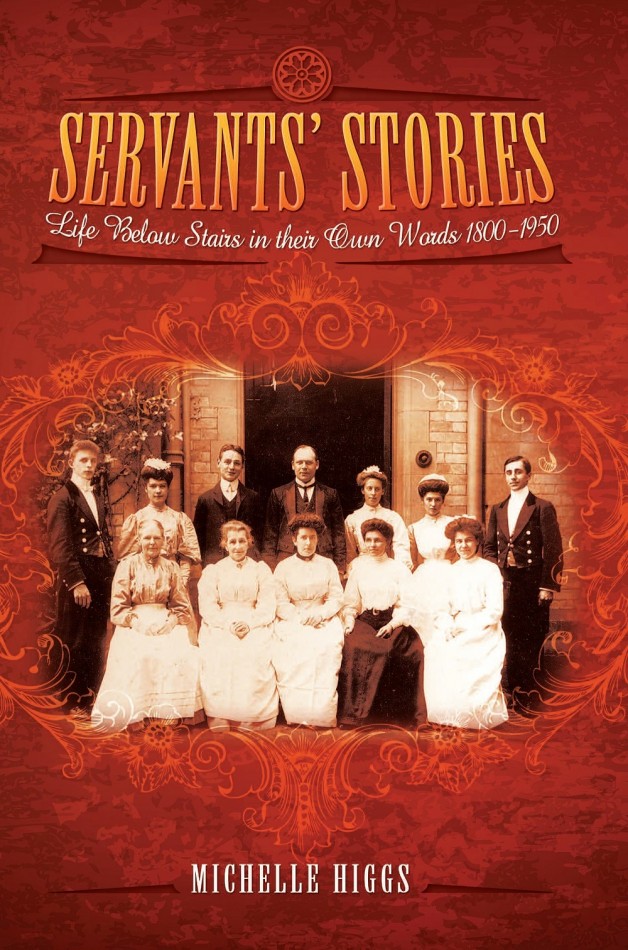 As we prepare to say goodbye to the servants at Downton Abbey, think back to the very first series which was set between April 1912 and July 1914. One of the minor characters, maid Gwen Dawson, wanted a better life for herself and bought a typewriter to do a correspondence course in typing and shorthand; she later left Downton after Lady Sybil found her a secretarial post. Apart from this note of dissent, all the other servants seemed to be happy in their roles – and well they might be. Working in gentlemen’s service was considered the pinnacle of an ambitious servant’s career.

But for the majority of Edwardian servants – those working in small middle-class households employing one or two maids – happiness at work seemed like a distant dream. They worked long hours for low pay with very little time off, and were often treated badly by their employers. Unlike other industries which had been the subject of government investigations, domestic service remained unregulated because it was based on a contract between two private individuals. But in the summer of 1913, servants finally got to have their say.

An enquiry was set up to determine the conditions in domestic service and to ascertain what improvements could be made. Questionnaires were sent out to maids and mistresses with the results published in Violet (C. V.) Butler’s report, Domestic Service: An Enquiry by the Women’s Industrial Council three years later. There were 708 replies from employers and 566 from servants, plus hundreds of letters which were sent either privately or through the press from employers and workers. A large proportion of the answers were ‘long and careful and eminently human documents’. This was perhaps the first time that the personal opinions of servants had been officially sought on such a scale, and they were eager to have their say.

One maid wrote:
“I am very often shut right indoors from one week to another, Tuesday to Tuesday I never have a day out; my mistress will not be inconvenienced so far. I consider all maids should have two hours each day to call their own, with the option of going out or remaining in the house… Domestic service would not be nearly such a monotonous occupation if a little variation were included. A good home and good food is not all that is required by servants.”

‘A good cook and an abstainer’ earning £30 to £35, wrote that she had a few hours off one afternoon a week, but had to cook late dinners on Sundays:
“I am sorry to say I have no other trade I could do; I should be only too pleased to say good-bye to domestic service. We can only describe it as prison without committing a crime … No, if a girl has brains, by all means let her make use of them; the less brains she has in service, the more she can stand the insults from her superiors, so unless she is naturally dull, put her to something more interesting … Every trade has its compulsory hours, but the poor servant is left entirely to the mistress to treat her as she feels, sometimes not very kindly. Why not shorten her hours, or make the wages hourly, but it must and should be compulsory. Why should not we have time for other things besides work? They should be compelled to let us out once on the Sabbath, and long enough to go a distance…”

There were also plenty of servants who were happy with their lot. A cook-housekeeper with 31 years’ experience of service from the age of 14 wrote:
“I will never regret being a domestic servant. I have tried to do my duty well, and have been well rewarded for doing so. I consider that we are better off than shop-girls or factory girls: we may not have so much money for wages, but we have our board and lodging free, also washing, which is equal to 12s or 14s a week. When the shop or factory girl pays for her food and lodgings she has very little. If a girl is not well trained at home she will never make a good servant: girls now-a-days are spoiled at home; their mothers never teach them how to work.”

The writers of the report discovered that little had changed since the late Victorian period and lack of liberty was still the main grievance. Nothing of any significance transpired as a result of the report’s findings, largely because of the huge financial burden of the First World War. However, war work provided a means of escape to women and girls who were unhappy as servants, and once they had tasted freedom and higher pay, they were reluctant to return to the shackles of domestic service when peace came.

You can find read more true tales of domestic service in Servants’ Stories: Life Below Stairs in their Own Words 1800-1950 by Michelle Higgs (Pen & Sword, 2015).

Michelle Higgs’ blog about servants is at http://servantsstories.blogspot.co.uk and you can also follow her on Twitter (@michellehiggs11).