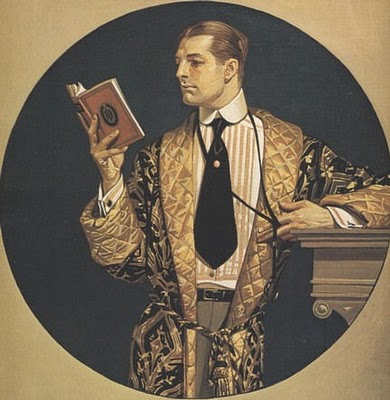 The Edwardian era saw the beginnings of the glamorous (for women) and rugged (for men) image of smoking later promulgated in advertisements and cinema. The convention of an after-dinner glass of port with a cigar trickled downwards from the aristocracy to the middle classes during the high Victorian era, and the Prince of Wales (later our own Edward VII) was hardly ever seen without a thick, redolent cigar between his fleshy fingers. The social strictures about smoking relaxed, though this was the period for the luxurious smoking jacket and dark-paneled, elegant smoking room (the Edwardian version of the “man cave”), and it was uncommon for the best restaurants to ban smoking at the dinner table.

With the rise of the cigarette and the enduring popularity of the cigar, the pipe began to fall a little out of favor with the fashionable crowd. According to an article in the Morning Post, it was considered “‘bad form’ for a man in a frock-coat and silk hat to be seen smoking a pipe in the streets. If you are wearing a bowler hat and a lounge suit you may walk along with a briar protruding from your lips, and no one will think ill of you. If you are a son of toil garbed in your habit as you work, there is nothing incongruous in a well-seasoned clay or a ‘nose-warmer,’ which, for convenience, you carry upside down. Not so very long ago it was considered unseemly to smoke a pipe at all in the street unless you belonged to the humbler orders, who inhale their nicotine through the stem of a clay and expectorate with a greater sense of freedom than of responsibility.” 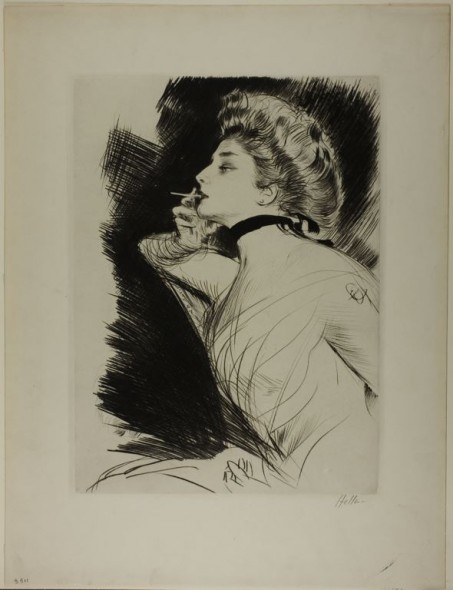 For the most part, smoking for ladies was considered the province of actresses and “New Women,” or the truly, truly daring society hostess. However, the increasing acceptance of public smoking meant an increasing number of places women could go–such as the music hall–now that it was passé to be offended by the stench of tobacco. 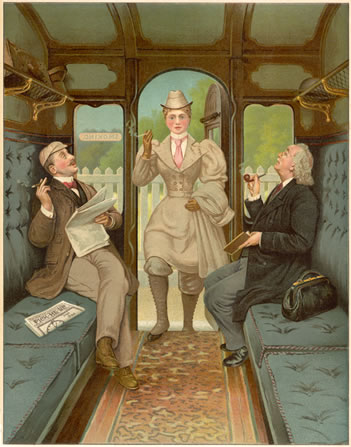 WWI saw the greatest rise in the popularity of smoking, created by advertisements and by the rations given to soldiers or gifted by friends, families, and even the Royal Family.

The Social History of Smoking by George Latimer Apperson
Cigarettes for Soldiers: How the Tobacco and Advertising Industries Seized an Opportunity
The Princess Mary 1914 Christmas Gift
‘Arf a Mo’ Kaiser – Smokes for Tommy – Cigarettes & soldiers, WW1