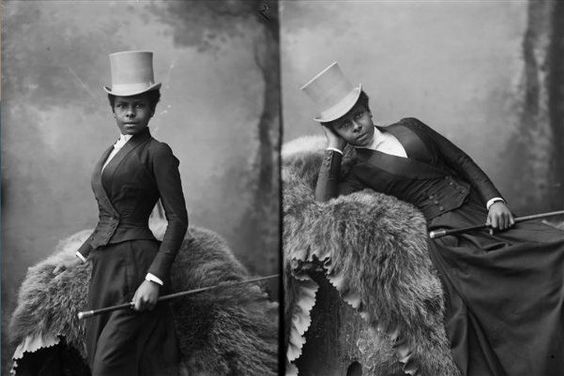 According to Black Female Equestrian, “Selika Lazevski, a 19th century equestrian was photographed here by Felix Nadar in 1891 in Paris, France. She was an écuyère who performed haute école – which means she was an equestrian who rode high school dressage in French circuses in the 19th century.” Susanna Forrest, author and equestrian, writes further: “Sélika is the name of the heroine of Giacomo Meyerbeer’s 1865 opera, L’Africaine, and was adopted as a stage name by the first black woman to sing at the White House, the coloratura soprano Madame Marie Selika Williams. According to this site, the opera was hugely popular among African Americans, and Selika became a fashionable name. Popular among horse owners too: a filly called Selika won the Kentucky Oaks in 1894.”

Can’t wait to see what comes of this!

1 thought on “PERIOD DRAMA ALERT: The Adventures of Selika”