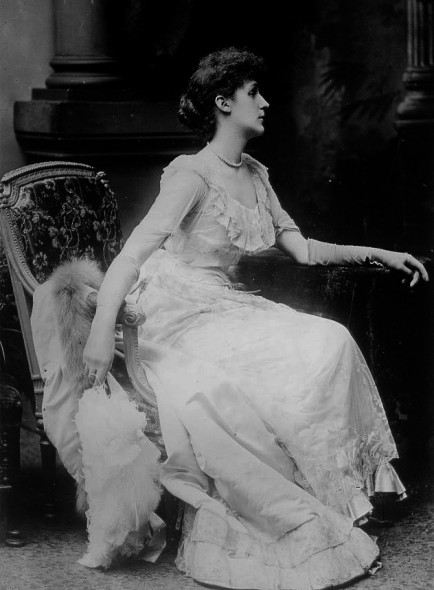 The ‘Souls’ were a sophisticated set of young aristocrats and society debutantes, who were drawn together by a shared interest in erudite conversation and high-spirited wit in the last two decades of the nineteenth century. Counting amongst their number many brilliant young politicians, such as Arthur Balfour MP, later Conservative Prime Minister, a pivotal figure in the group, and the charismatic daughters of prominent families, the ‘Souls’ had a powerful impact on British culture and society.

Focusing on portraits of key individuals, this display explores the group’s spiritual affinity with the Pre-Raphaelite Brotherhood; in particular their support and close friendship with the artist, Edward Burne-Jones. Patrons and sitters for his work, several of the female ‘Souls’ inspired his depictions of nymphs and sirens. Featuring a range of prints and photographs, the display showcases the fine portrait studies of the group made by a leading ‘Soul’ – Violet Manners, Duchess of Rutland. An influential aristocrat and talented artist, Violet not only embraced the aesthetic lifestyle advocated by the Pre-Raphaelites, but also had the features of a ‘Burne-Jones Medusa’.

Meet in the Main Hall

This talk will look at the display Beautiful Souls. Comprised largely of the portrait studies made by Violet Manners, an artist and member of the group, this display focuses on the glamorous set of aristocrats and socialites, nicknamed ‘The Souls’ because of their shared intellectual interests, that formed around the Conservative MP, and later Prime Minister, Arthur Balfour, at the end of the nineteenth-century. Highlighting the cultural influence of the individuals involved, the display also demonstrates their Pre-Raphaelite associations.

Boil: To put off, or shorten, a meeting with one friend to spend time with another

Bunch: Give spontaneously and unexpectedly

Collins: A “thank you” letter for hospitality received, named after Mr. Collins of Pride and Prejudice who wrote an unquoted masterpiece in the line. They were a dreaded task for the tyro in country-house visiting and there was the lingering dread that an unscrupulous hostess might read it aloud at breakfast to entertain her remaining guests the day after one’s departure.

Dentist: A prearranged tete-a-tete with flirtatious overtones, so that the intervention of an unwanted third party playing gooseberry was known as “dentist-wrecking”; it could also have the more expected meaning of a private interview accompanied by plain speaking.

Dewdrop: A compliment retailed to you by some third party. The opposite (an insult retailed through a third party) was called a spike.

Drum: An additional party joining the original dinner guests after the meal, when the affair became rather noisier.

Floater: An embarrassing situation, or the cause of one

Gnome: An elderly admirer to be handled kindly.

Haircombing: Talking session with one or more women-friends carried on in each other’s rooms after bedtime, often till early in the morning.

Heygate: Conventional (of manners, attitudes, etc); the word carried negative connotation, and was often applied to individuals (“a heygate”) in a way similar to the use of “square” by a later generation.

Navigate: To court; to approach with romantic intent.

Phantom: A late-stayer at a ball. 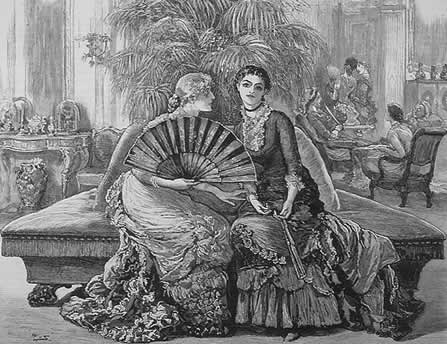