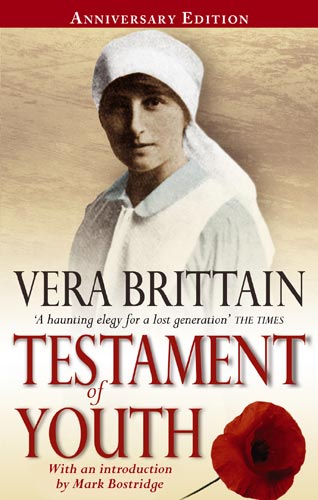 Over on The Telegraph, Jerry White, whose upcoming release Zeppelin Nights chronicles life in London during the first “London Blitz,” lists five books written by women about WWI. Some titles are familiar, and others are new to me, so I thought it would interesting to direct my readers to copies for their own perusal.

1) Non-Combatants and Others (1916) by Rose Macaulay – “a sharp and witty evocation of middle-class family life in the London suburbs during the war; the womenfolk in hospitals, canteens and charity organisations lead lives full of interest and fun amid the horror of news from the front.”

2) Missing (1917) by Mrs. Humphry Ward – “details the agonies felt by mothers and wives in the no man’s land between pain and fear, trying to track down their men reported missing, often destroyed without trace, in France.”

3) The Home Front (1932) by Sylvia Pankhurst – “close observation of working-class life in East London under the strains and anxieties of total war, based largely on her contemporary diary.”

Available: the copies I’ve discovered are very pricey, so check your library (or interlibrary loan) system!

4) A Diary Without Dates (1918) by Enid Bagnold – “recounts…her life as a voluntary aid detachment nurse in Woolwich.”

Also, Bagnold’s The Happy Foreigner chronicles her time as an ambulance driver in France directly after the war.

5) Testament of Youth (1933) by Vera Brittain – “A diary of nursing life is…a timeless saga of love and loss…[and] remains one of the greatest autobiographies of the 20th century.”